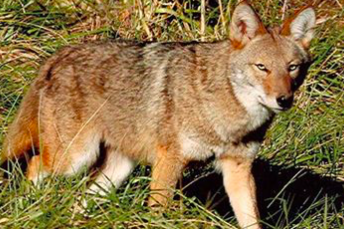 A South Jersey man is recovering from a bite wound inflicted by a possibly rabid coyote as he walked a popular trail Wednesday in Washington Township.

Authorities with the Morris County Park Police Department say the incident occurred on the Columbia Trail around 11:20 a.m. The 66-year-old victim, joined by two other adults and their dogs, was hiking in the area of Fairview Avenue in Long Valley when the coyote emerged from the surrounding woods.

The coyote lunged at the victim and bit him in the buttocks and right calf, police said.

Despite the shock of the attack, the victim managed to pick up a stick and defend himself from the coyote until it was incapacitated.

Responding officers from the Morris County Park Police Department euthanized the coyote upon arrival at the scene and requested an E.M.S. for the victim, who declined to go to the hospital in favor of receiving independent treatment.

Police called an Animal Control Officer to the scene to collect the coyote, which has been submitted to the state for rabies testing.