Prince Harry wants to be a father 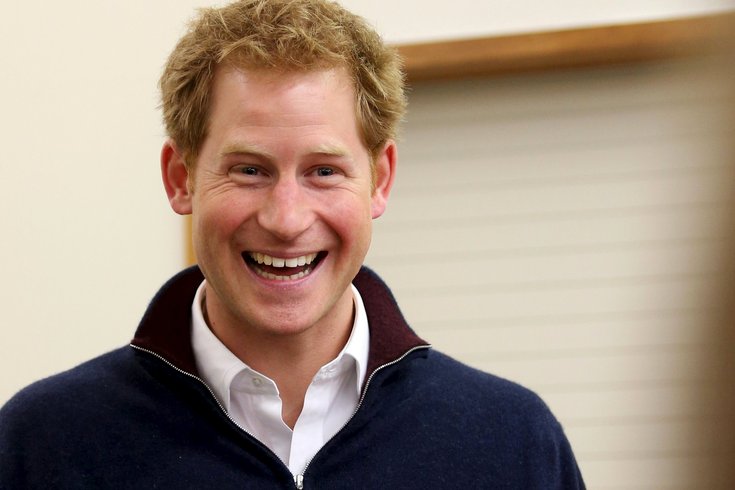 Britan's Prince Harry laughs as he meets locals at the Stewart Island community center during his visit to Stewart Island in the south of New Zealand, May 10, 2015.

Britain's Prince Harry, one of the world's most eligible bachelors, said on Monday he would love to have children but he is still waiting to find the right person to "share the pressure".

Harry, 30, slipped to fifth in line to the throne with the birth of elder brother William's second child Princess Charlotte two weeks ago, and admitted the latest royal addition had made him keen to start his own family.

"Of course, I would love to have kids right now, but there's a process that one has to go through," a relaxed-looking prince said in an interview with Sky News.

"Hopefully I'm doing all right by myself. It would be great to have someone else next to me to share the pressure. But, you know, time will come and whatever happens, happens."

Harry's love life, like that of all the royal family, has always attracted huge media interest. Among those he has been linked with are Chelsy Davy, whom he dated on and off for about five years, and in 2014 he split from actress Cressida Bonas after a two-year relationship.

"There come times when you think now is the time to settle down, or now is not, whatever the way it is, but I don't think you can force these things - it will happen when it's going to happen," he said.

Harry, a captain in the British army, is currently on tour in New Zealand having recently completed a month-long secondment to the Australian Defense Force. He said he had missed the coverage of his niece's birth, but William has sent him some photos.

"I'm so looking forward to seeing her, to meeting her and to holding her. She was a little bit late, hence I missed her," he said. "But apart from that, it's fantastic news for both of them. So I'm thrilled."

Harry announced in March that he would quit the army in June, saying he was at a crossroads in life.

He told Sky most of those who joined the armed forces with him had since left and by taking on more royal duties he would not have the time to focus on his army job. He said he wanted any future role to ensure he could "give something back".

"This part of the role is fantastic but I and William - both of us - feel as though we need to have a wage as well, to work with normal people, to keep us sane, to keep us ticking along," he said.

"In the future if we want to make a big contribution, or a valid contribution and be taken seriously, then we need to work alongside other people."