Fewer than 50 sites in the United States offer the advanced radiation tech, which is considered safer than traditional treatment 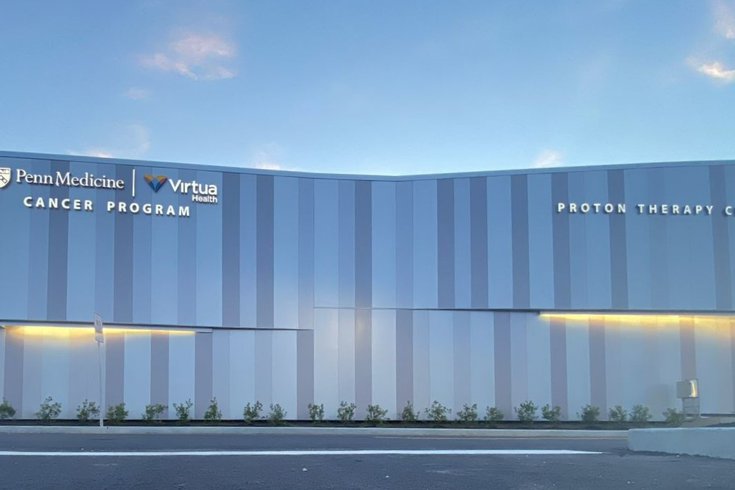 A new proton therapy center from Penn Medicine and Virtua Health will open in early 2023 in Voorhees, New Jersey. It's the first facility in South Jersey to offer the cancer treatment.

Penn Medicine and Virtua Health are nearing the debut of their new proton therapy center at Virtua's Voorhees Hospital Campus in Camden County. The $45 million facility will be the first site in South Jersey to offer the promising cancer treatment, which is associated with fewer side effects.

The 8,600-square-foot proton therapy center, which began construction in 2020, is on track to open early next year. The partnership between the two health systems aims to make proton therapy more accessible to cancer patients throughout the region.

Penn Medicine's existing Roberts Proton Therapy Center opened in Philadelphia in 2010, and a second Penn Medicine facility offering the treatment opened in Lancaster over the summer.

“We’re very proud to partner with Virtua to deliver this revolutionary treatment to South Jersey residents,” said James Metz, chair of radiation oncology at Penn Medicine. “As an international leader in cancer care, we’ve trained more than 70% of the clinicians using proton therapy around the world.”

What is proton therapy?

The treatment is often used in patients with recurring cancers, allowing them to endure rounds of radiation with fewer physical hardships. The high-energy proton beams are painless to the patients undergoing treatment.

One 2020 study from the University of Pennsylvania and Washington University School of Medicine in St. Louis found that among patients who simultaneously received radiation and chemotherapy — a common combination for people with locally advanced cancers — those who received proton therapy had significantly fewer serious side effects than those who underwent traditional radiation.

Though comparative research into the side effects of both types of radiation remains limited, the appeal of patients maintaining a more normal lifestyle during treatment has made proton therapy a burgeoning area of cancer care.

In terms of cure rates, proton therapy and traditional radiation have similar clinical outcomes. The greatest barrier to patients receiving proton therapy treatment is that not all health insurances will cover it. Medicaid covers proton therapy, which makes it a viable option for older adult patients.

A commitment to convenience in South Jersey

The new Penn Medicine-Virtua Health Proton Therapy Center is one of fewer than 50 U.S. facilities that offer the treatment.

Deb Harris, a Voorhees resident who was treated for a brain tumor at the Roberts Center in Philadelphia, said the new facility will be a difference-maker for patients in the region.

“It brings me joy to know that, starting very soon, my South Jersey neighbors will have an easier, more accessible option should they need similar care,” said Harris, who has been cancer-free for more than four years. “When you’re facing cancer, anything that makes life easier and simpler is a blessing.”

Services at the new center will include evaluation, treatment and access to clinical trials. The program in Voorhees is expected to serve 100 patients in its first year, with the capacity to treat up to 200 patients annually. It fits into Penn Medicine and Virtua Health's larger cancer program, which offers services in Camden, Burlington and Gloucester counties.

The construction of a proton therapy center is a major undertaking, ranging in cost from about $40 million to as much as $200 million. The core of the technology is a 90-ton device called a cyclotron, which accelerates protons to about two-thirds the speed of light — roughly 450 mph. The protons travel to the patient in about 60 billionths of a second.

The cyclotron is kept in an underground vault surrounded by thick, concrete walls. Behind the treatment room's walls is a 90-ton, cylinder-shaped gantry that directs the protons to the patients at optimal angles to reach the tumor.

A typical patient visit for proton therapy treatment will be approximately 30 minutes from arrival to departure. Having a facility in South Jersey will reduce some of the added stress of a longer commute to get to appointments.

“Together, Penn and Virtua have already made a huge impact on cancer care, and the new Proton Therapy Center will provide even greater access to world-class care,” Virtua president and CEO Dennis W. Pullin said. “It’s an incredible source of hope to have right here in South Jersey.”