Gunman kills man in N.J., abandons stolen car with baby in back seat in Philadelphia 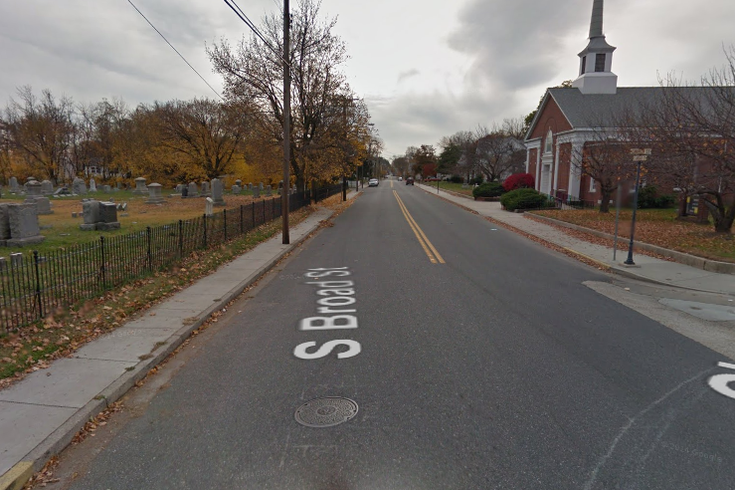 The intersection of South Broad and Church Streets in Penns Grove, New Jersey.

A gunman fatally shot a man in South Jersey and drove the victim's vehicle with a child in the back seat to Philadelphia, according to a report.

The shooting occurred Saturday around 4:10 p.m. near the intersection of South Broad and Church Streets in Penns Grove, New Jersey.

According to NJ.com, the suspect shot the victim after a confrontation. The victim, identified as a 24-year-old Pennsville man, was rushed to a local hospital where he was pronounced dead.

Authorities became aware that a child was in the victim's stolen vehicle and issued an alert to other law enforcement.

The car was located near the intersection of Fifth and Wood Streets in Center City. The 1-year-old boy, who was strapped in a car seat, was found safe and returned to his mother.