Spotluck dining app coming to Philly with wheels of deals 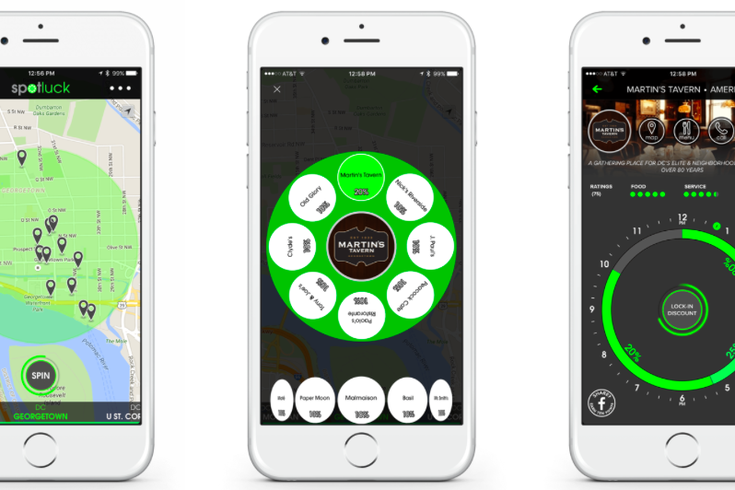 Just in time for summer, Philadelphia is reportedly about to welcome a popular app that will offer daily discounts at up to 80 local restaurants.

According to the Philadelphia Business Journal, Spotluck will officially launch in June as a dual benefit to both consumers and restaurants. A soft beta version has been available in Philly to those ahead of the curve.

In a nutshell, Spotluck is a platform to help diners save money and support local establishments that have been categorized by neighborhood. In Philadelphia, participating restaurants will be grouped into wheels representing Center City, South Street, Old City, East Passyunk, Manayunk, Graduate Hospital and Rittenhouse. The company plans to add Northern Liberties, Fishtown and University City in the near future.

Each day, users of the free app will be allotted one spin per neighborhood. Wherever you land, that's the discount available to you. The business model, developed by co-founders Cherian Thomas and Brad Sayler, is to calibrate discounts at a level that doesn't cut too much into restaurants' profit margins but also motivates Spotluckers to get up and go out.

The app, launched in 2014, is already widely used in District of Columbia and areas throughout Maryland and Virginia. You can download it at Apple's App Store or Google Play, and if you have questions, check out the company's FAQ to understand fully how it works.

In the video below, Spotluck's staff explains the concept and demonstrates the app.