Appeared to admit to killings in HBO show 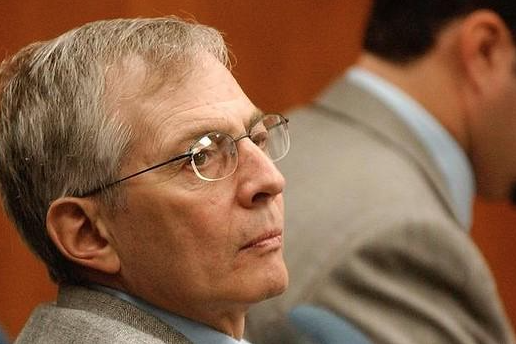 Robert Durst, subject of HBO documentary “The Jinx: The Life and Deaths of Robert Durst”, was arrested late Saturday in New Orleans.

Read More
Robert Durst, scion of one of New York's largest real estate empires, has been arrested in New Orleans on a murder warrant issued by Los Angeles County, the Orleans Parish Sheriff's Office said.
Durst, born in 1943, is known for life twists that led him to be questioned but not charged in the mysterious deaths of his first wife Kathleen Durst in 1982 and a longtime friend in 2000.
There was no lawyer listed for Durst on the arrest report and Durst has maintained his innocence in the deaths. U.S. media said he was arrested on Saturday.
The New York Times reported last week that the district attorney in Los Angeles had recently reopened an investigation into the December 2000 killing of Durst's friend Susan Berman, and was tying it to the case of Kathleen Durst, who went missing from New York and was eventually pronounced legally dead.
In a telephone interview with the newspaper, Durst said he did not have the "faintest idea" who killed Berman, nor did he know what happened to his first wife, it reported.
In a separate case, after being arrested while living in Texas disguised as a mute woman, Durst was acquitted of murder in 2001 after convincing a jury that he had fatally shot and dismembered an elderly neighbor in an act of self-defense.
In the final installment of a six-part HBO documentary series called "The Jinx: The Life and Deaths of Robert Durst" aired on Sunday night, Durst appears to say he carried out the killings. But it is not known if he is speaking sincerely, and he is speaking to himself.
The documentary shows an interview session during which he rejects one piece of evidence against him. In the documentary, Durst then goes to the bathroom still wearing the microphone and apparently unaware he is still being taped.
In remarks captured on audiotape in the bathroom, but not filmed, he whispers to himself, "What the hell did I do? Killed them all, of course."
The Durst Organization oversees the lease and maintenance of One World Trade Center, the western hemisphere's tallest skyscraper, built on the site of the twin towers destroyed in al Qaeda's hijacked airliner attack on Sept. 11, 2001.
His life also inspired the 2010 Hollywood movie "All Good Things."
In December 2014, Durst appeared in a New York courtroom on charges of trespassing on property owned by his estranged family.
The Durst Organization is responsible for a good portion of the city's skyline - the company says it owns 11 Manhattan office towers.
Robert Durst, who has lived in Texas after getting about $65 million from the settlement of a lawsuit he brought against family trusts, was charged in 2014 with urinating on a drugstore candy rack in Houston.