McNesby responds that the rap group is 'low-grade talent'

By Brian Hickey
PhillyVoice Contributor
Controversy Made in America 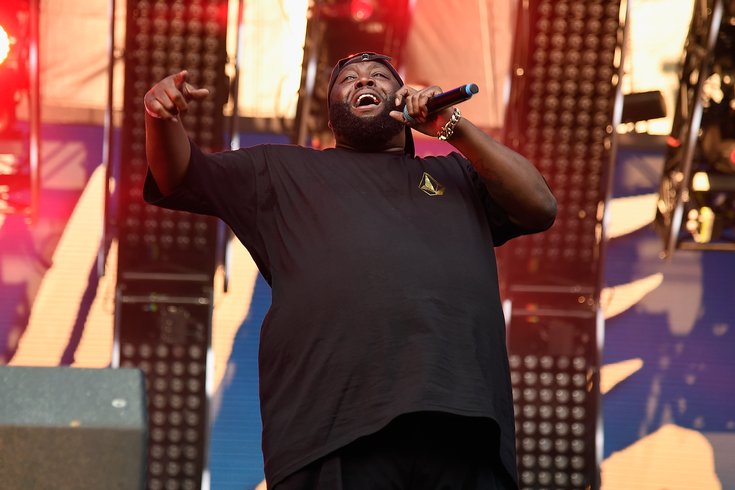 Killer Mike of Run The Jewels performs onstage during the 2017 Budweiser Made in America festival - Day 2 at Benjamin Franklin Parkway on September 3, 2017 in Philadelphia, Pennsylvania.

Run the Jewels, the aggressively insightful rap duo of Killer Mike and El-P, were about halfway through their Made in America set on Sunday when the time came to perform their 2014 track “Lie, Cheat, Steal.”

If you’ve never heard it, you can do so via this link.

Killer Mike, aka Michael Render, has never been one to hold his tongue regarding political and social matters. It’s part of RTJ’s lyrical lifeblood. (In fact, I went to the festival to not only see Run the Jewels but with the hope of asking Render his thoughts on the Frank Rizzo statue issue to no avail.)

So, it shouldn’t come as a surprise that he weighed in on the simmering controversy that stemmed from Philadelphia’s police union president using the phrase “pack of rabid animals” to describe Black Lives Matter activists who protested outside the home of a police officer who fatally shot David Jones back in June.

“Punk-a** police union boss” is the phrase Render used to describe McNesby, who wasn’t cited by name during the Sunday evening set.

I reached out to McNesby on Monday morning to get his reaction. Here’s what he said:

“I never called out BLM. I called out the half dozen or so individuals who showed up at the officer’s house. What they were yelling to that family was unbelievable. They should've been arrested.

“Whoever this is that said anything, that's fine. I'm fair game. I'm representing my members.

“What's sad is that he was hired by the city to perform and this is what they bring in: Low-grade talent who I understand may have prior records.

“I’m also hearing some performers didn't want police around them or the stage. That sends a sad message if the administration doesn't respond.”