By Associated Press
NFL Crime and Courts
from 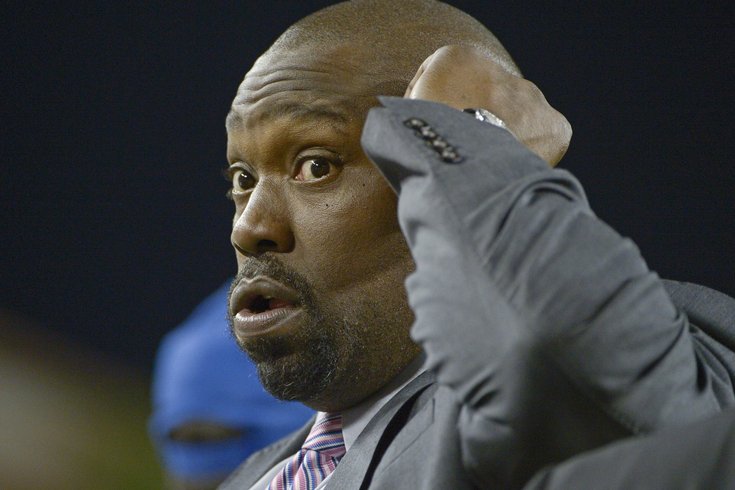 Former Tampa Bay Buccaneers defensive end Warren Sapp watches the first half of a game between the Buccaneers and the Panthers in 2013.

Hours later, the NFL Network announced that it had terminated its contract with Sapp, who had been working as a broadcaster and was in Arizona for Sunday's Super Bowl in suburban Glendale.

Sapp, 42, was taken into custody at a downtown Phoenix hotel and booked into jail, police said. It wasn't immediately clear if he has an attorney.

A tackle and defensive end, Sapp played in the NFL from 1995-2007 for Tampa Bay and Oakland. He was a vital contributor for the Buccaneers as they went from also-ran to Super Bowl champion after the 2002 season and was inducted into the Pro Football Hall of Fame in 2013.

However, Sapp has had a history with legal troubles around the Super Bowl. He was arrested the day before the Super Bowl in 2010 on a domestic battery charge, but prosecutors later dropped the case because of inconsistences between the victim's statements and evidence, including surveillance video.

Despite making millions in his playing career, Sapp filed for bankruptcy in 2012 in Florida after owing more than $6.7 million to creditors and back child support and alimony.

In Monday's incident, Phoenix police officers working security at a downtown hotel were investigating a noise disturbance about 2:30 a.m. when they were contacted by a woman alleging she had been assaulted.

"The incident was alleged to have occurred in a guest room, after meeting in the lobby while she and another female were there as escorts," said Sgt. Trent Crump, a police spokesman. "During a meeting in the room, an argument ensued, allegedly over money and the altercation turned physical, spilling out into the hallway. During the investigation, detectives were able to establish that an act of prostitution occurred in the room by at least one of the females."

Crump said Sapp was taken to police headquarters and questioned "and admitted involvement in the act of prostitution, but denied assaulting the females. Minor injuries consistent with a struggle were observed by investigators on both females."

Police said Sapp was booked into the Maricopa County Jail on suspicion of soliciting prostitution and two counts of assault, both misdemeanor offenses.