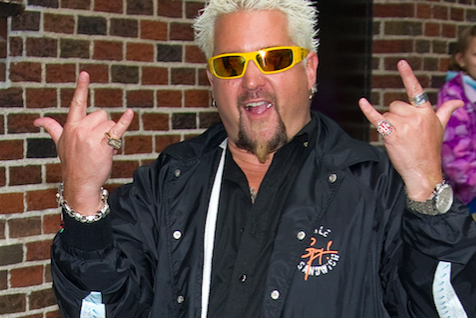 Guy Fieri arrives for a taping of "The Late Show with David Letterman" in New York.

On Thursday, the livewire host of "Diners, Drive-Ins and Dives" and "Guy's Big Bite" became the subject of an elaborate hoax that sent local residents into a panic on social media.

@GuyFieri Is this true I hope so, Guy Fieri’s Asbury Kitchen & Bar coming to Asbury Park

Guy Fieri is opening a restaurant in Asbury Park in 2017? I'm not sure how I feel about that but I don't think I like it

GUY Fieri is opening a restaurant in Asbury Park, marking the end of the city's cool factor. BYE.

A prankster whose identity remains unknown created a dummy page that duplicated Guy Fieri's official page and advertised progress on "Guy Fieri's Asbury Kitchen Bar," a project the page claimed was on track to open in 2017 at a property adjacent to Asbury Alehouse. 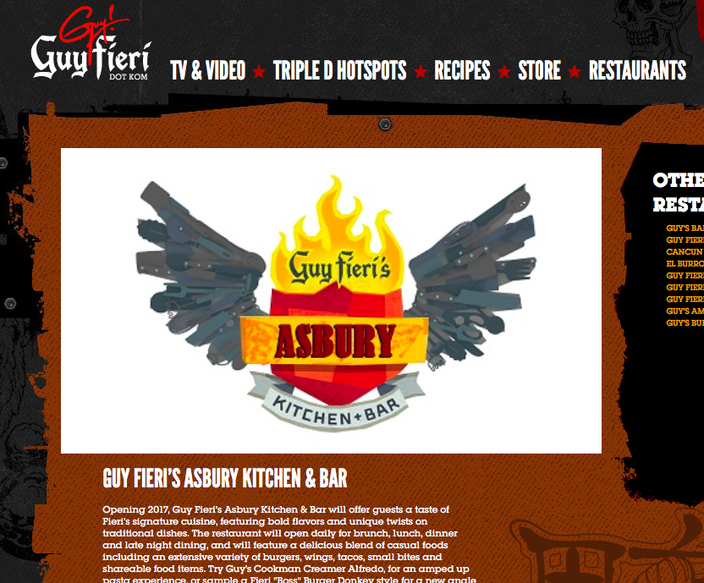 Not one of the other links on this website connects to another page without a message displaying an internal server error. An email sent to the address listed on the page was marked as undeliverable.


Lindsay Cohen, a spokeswoman for Fieri, confirmed that there is no "Guy Fieri's Asbury Kitchen Bar" in the celebrity chef's plans. Fieri co-owns six restaurants in California and has several other concepts with locations around the country, including the Guy's Burger Joints found in many Live Nation venues and on Carnival Cruises.

In New Jersey, the whole scenario seemed plausible for several reasons. First, Fieri already has Guy Fieri's Chophouse in Atlantic City, which has garnered solid reviews on OpenTable, TripAdvisor and Yelp. There was also this week's closure of two popular Asbury Park restaurants — Fish Urban Dining and Cibo e Vino — that may have led some to believe Fieri was about to swoop in on a flaming platter.

And then a local art studio put this poster in their window, just to keep people guessing.

Asbury Park Brewery, whose beer  supposedly was coming to the rumored restaurant, said in a post on Instagram that it's "humbled and blessed" to be part of the great Guy Fieri prank of 2016.

RELATED ARTICLE: Guy Fieri's 'Philly' restaurant is not a hoax

Cohen did not respond to a request for comment on the potential problems posed by someone creating an imposter website with Guy Fieri's "DOT KOM" branding on it. There was also no quoted response from Fieri himself about all of this.

There will be none of Guy's Cookman Creamer Alfredo for an "amped up" pasta experience.

Somewhere in flavortown, a sad Guy Fieri is crying into a bowl of ranch knowing he's the joke of Asbury Park.