The convenience store chain is capping the price of its 88-octane gas at $1.99 per gallon, which is about half the cost of fuel on average in Pennsylvania 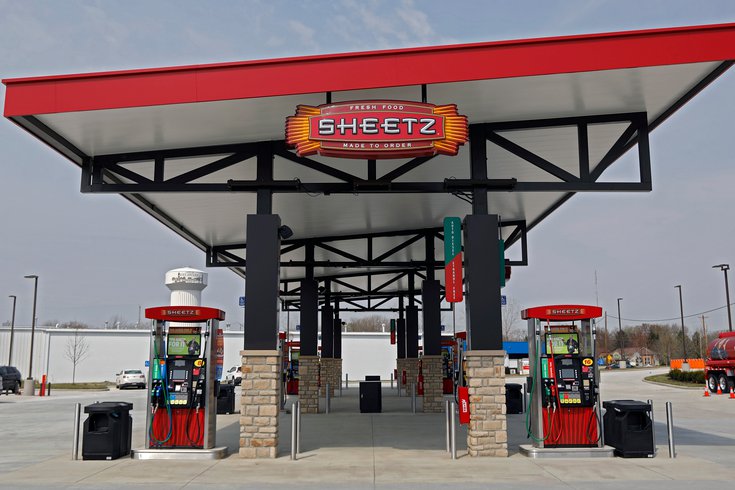 Sheetz is discounting its 88-octane gas, selling it for $1.99 per gallon through Nov. 28, just in time for Thanksgiving travelers. Sheetz is based in Altoona, Pennsylvania. This image shows a store in Ohio.

As gas prices hit the highest Thanksgiving average in decades, holiday travelers are bracing for more pain at the pump. But for drivers crossing the state of Pennsylvania, there are holiday deals on fuel.

Through Monday, Nov. 28, Sheetz is dropping the price of its unleaded 88 gasoline to $1.99 per gallon. That's a discount of just more than 50% compared to Wednesday's average price per gallon of regular in Pennsylvania.

That statewide average was slightly more than $4, according to AAA. In Philadelphia, the average cost for a gallon of regular gas was $3.96, and in each of the surrounding suburban counties the price was within 3 cents of that. In New Jersey on Wednesday, a gallon of regular was priced at $3.77, on average.

Unleaded 88-octane gas, also known as E15, is gasoline blended with 10.5% to 15% ethanol. It is EPA-approved for use in cars, trucks and SUVs manufactured in 2001 or later, but not motorcycles or vehicles with heavy-duty engines. Unleaded 88 is available at 368 of Sheetz's stores. The nearest are in Berks and Lancaster counties, so for anyone traveling west in the state, the discount could be helpful along the way.

Sheetz is headquartered in Altoona, Pennsylvania. In addition to the company's convenience stores and gas stations in this state, there are locations in Maryland, Virginia, West Virginia, Ohio and North Carolina. Thanksgiving travelers should download the Sheetz app or check the company's website to check if there will be a station selling the discounted gas on their routes.

Sheetz hypes its 88-octane fuel as more eco-friendly and efficient, with a cleaner burn than 87 octane. The chain is encouraging further adoption of unleaded 88 through an extra deal. Customers who sign up for My Sheetz Rewardz with the code FUELUP88 and purchase unleaded 88 before Nov. 28 will receive 500 points, redeemable at the pump or in the store. Enroll using the company's app.

Wawa is also cutting costs for travelers through its app. For several months now, Wawa has offered gas customers 15 cents off per gallon when they fill up and pay using the Wawa app. Those customers will also be entered in a sweepstakes for free fuel for a year – 100 winners will be drawn on Dec. 9.

Both the Sheetz and Wawa apps are free for download.