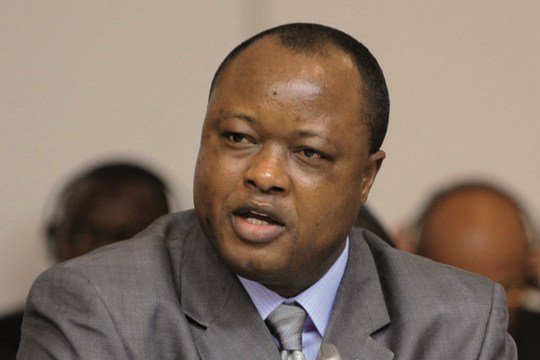 FREETOWN - Sierra Leone's Vice President Samuel Sam-Sumana said on Saturday that he had placed himself in a 21-day quarantine after one of his bodyguards died of Ebola amid a worrying recent surge in new infections in the West African nation.
Cases of Ebola, which has killed nearly 10,000 people in Sierra Leone, Liberia and Guinea during a year-long epidemic, have fallen off sharply in recent weeks.
Of 99 new confirmed Ebola cases in the region during the week to Feb. 22, however, 63 were in Sierra Leone according to the World Health Organization's weekly report.
Sam-Sumana's bodyguard John Koroma died early this week.
"I have decided to be put under quarantine because I do not want to take chances and I want to lead by example," the vice president told Reuters. "I am very well and showing no signs of illness."
Sam-Sumana said his entire staff will also be placed under observation and anyone showing symptoms of the disease would be tested.
The vice president is the country's first senior government figure to subject himself to a voluntary quarantine. However, officials in neighboring Liberia, including the chief medical officer and transport minister, were placed under observation late last year.
Faced with a wave of new infections, particularly in the capital Freetown and some districts in the north, the government reintroduced a number of restrictions that had been lifted earlier this year as the epidemic appeared to ease.
A statement from President Ernest Bai Koroma's office late on Friday ordered public transport operators to reduce capacity by 25 percent to limit physical contact between passengers.
The government also placed a night-time curfew on unloading goods from commercial vehicles and limited the movements of water transport.