British newcomer Sam Smith is up for 6 awards 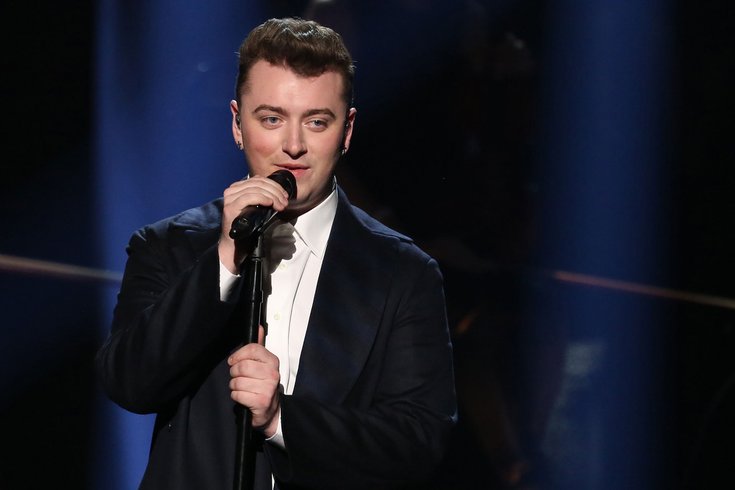 Sam Smith, seen at the 42nd annual American Music Awards in Los Angeles, will perform at the Grammys on Sunday night.

LOS ANGELES -  All eyes are on British newcomer Sam Smith at Sunday's Grammy Awards, amid speculation that his six nominations may help him emulate Adele's 2012 sweep at the ceremony.

"I don't think it takes a massive crystal ball to think that it's going to be Sam Smith's night," said Lyndsey Parker, editor of Yahoo Music.

Smith, 22, is nominated in the night's top three categories for record, album and song of the year, after his debut album "In The Lonely Hour" stormed the U.S. charts last year, led by his soulful song "Stay With Me."

Smith will face competition from some of pop's biggest names, namely R&B singer-producer Pharrell, who also has six nominations, three of them for album of the year that includes his production work on Beyonce and Ed Sheeran's records.

It's not all about the winners at the Grammy awards, however, as much of the show is dedicated to delivering high-octane and high-profile performances.

Smith and Pharrell will perform alongside chart-topping female singers including Ariana Grande and Rihanna, who will perform with Paul McCartney and Kanye West.

Grammy executive producer Ken Erhlich, credited with creating the concept of television divas through his work with the likes of Whitney Houston and Mariah Carey, said music since the mid-1990s has become "a man's world."

But the tide may be changing.

"Now we have a new generation that's taking it even further, building on the base of what that was and the popularity and reaching an even more enlightened audience of both men and women, but they're doing it on their own terms," Erhlich said.

After hosting a mass wedding on stage last year for straight and gay couples, with Macklemore and Ryan Lewis performing the pro-gay rights song "Same Love," this year's show will spotlight the problem of sexual abuse.

Singer Katy Perry, fresh off her elaborate Super Bowl performance last week, will be toning things down to sing "By the Grace of God" on Sunday with a survivor of sexual abuse joining her on stage.