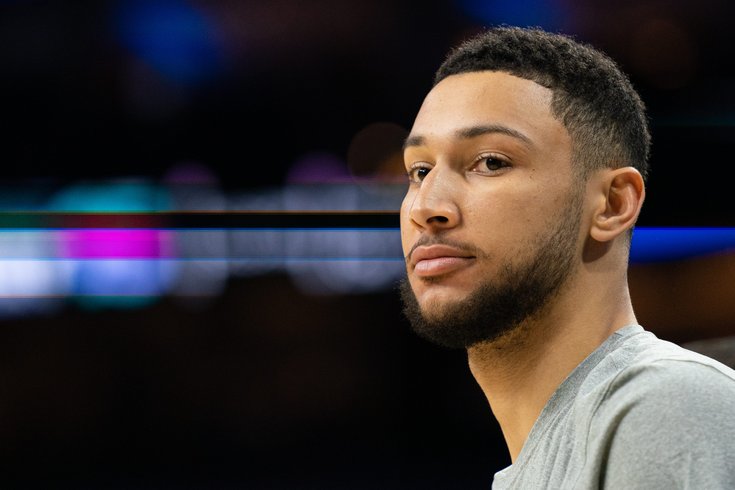 Sixers forward Ben Simmons has suffered a subluxation of his left patella, and after initial examination following their win over the Wizards, Simmons has been ruled out while considering treatment options for the issue.

The Sixers initially said he suffered the injury during the game against Washington on Wednesday, though they did not specify a play or time of the game where the injury was suffered.

No timetable has been provided for his availability moving forward. When asked by reporters on a conference call whether he expected Simmons to be out for the season, Brett Brown would not comment.

"Some of the information is fluid," Brown said Thursday. "It's just that the stuff is still being evaluated."

That will hinge on a couple of primary factors: which treatment option Simmons decides on, and how his body responds to the treatment. While Simmons' general durability and recovery from a recent back injury are encouraging factors, it's hard to say what the timetable looks like until the specifics are hammered down. Surgery is usually not recommended for first-time injuries of this nature, but even conservative treatment plans can last in the neighborhood of six weeks.

Brown, who sat down for dinner with Simmons on Wednesday evening inside the bubble, recalled the work Simmons put in to get ready for the Orlando restart in the first place. One word to sum up Simmons' mood?

"There is clearly disappointment. I don't know if anyone really understood what he did to get ready to play basketball again. He really invested time," Brown said. "It's monotonous, some of the smaller things he had to do...I think the uncertainty of what really is it right now is obviously there. But he's a great teammate, and his teammates care about him."

Further updates could be coming soon — Brown said on the conference call as soon as the next 24 hours — but Simmons missing any extended period of time would be a big blow for Philly's title hopes.