The design will be available on 24 oz. cans at the Wells Fargo Center later in the season 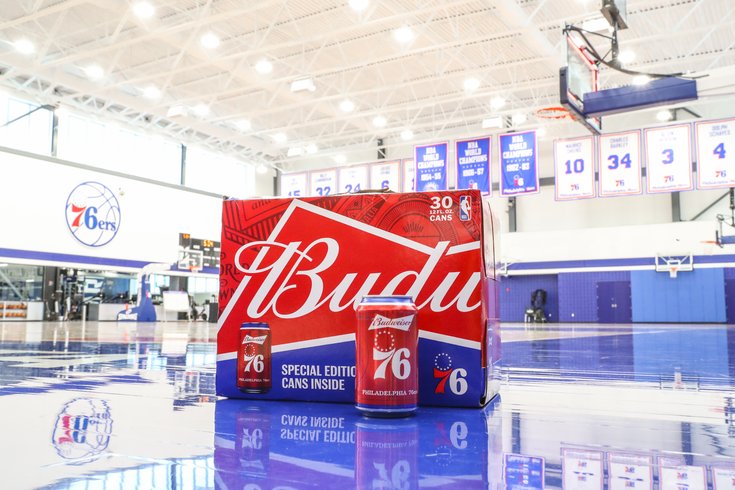 Budweiser and the Sixers released some fancy exclusive beer cans for beer-drinkers in Philadelphia and South Jersey.

Basketball season is nearly upon us, and while I'd say beer and basketball don't *necessarily* go together like beer and football, I will also drink my fair share of brews during the Sixers' 2019-20 season. If you've seen this team play, you understand why.

On Tuesday, Budweiser and the Sixers announced a partnership ahead of the team's Oct. 23 season opener, featuring some fancy exclusive beer cans, which will be available in the Philadelphia and South Jersey areas. You can check out the cans below: 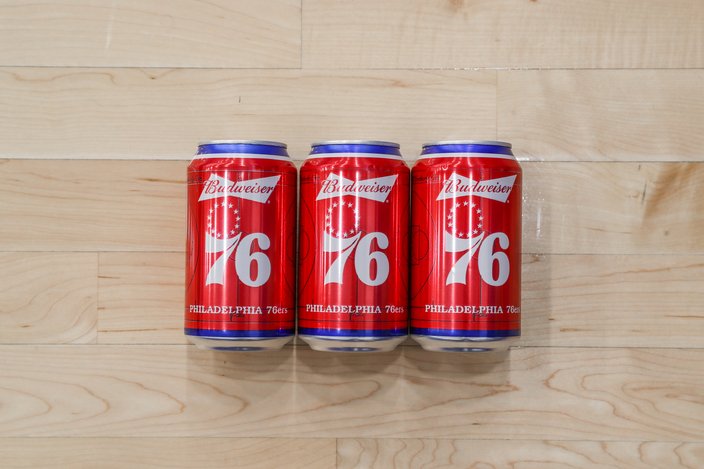 That's definitely a beer can!

The cans are pretty neat, though the blue trim on the top and bottom of the cans looks more like a 2006 beer can than a 2019 beer can. The designers were probably going for a look that resembles the trim found on most basketball uniforms, and that's understandable. But if the cans were top-to-bottom red, they'd look a lot sharper.

The Sixers said in a release that the can design features the outline of the team's court, including the phrase "The City of Brotherly Love" and also the team's name, which is fun.

While the cans are currently available only in the standard 12 oz. size, Budweiser will be rolling out 24 oz. and 25 oz. sizes later in the year. The 24 oz. cans will be sold at the Wells Fargo Center during games, according to Budweiser.

I wonder which Sixers player is most likely to drink a single Budweiser to celebrate a win. Maybe Al Horford? He seems like the perfect inoffensive fit. Mike Scott will probably wait for Jack Daniels to roll out a Sixers-themed bottle.

Anyway, the Sixers open the regular season at home on Oct. 23, against the Boston Celtics.