Sixers fans take to Twitter to #RaiseTheCat after victories 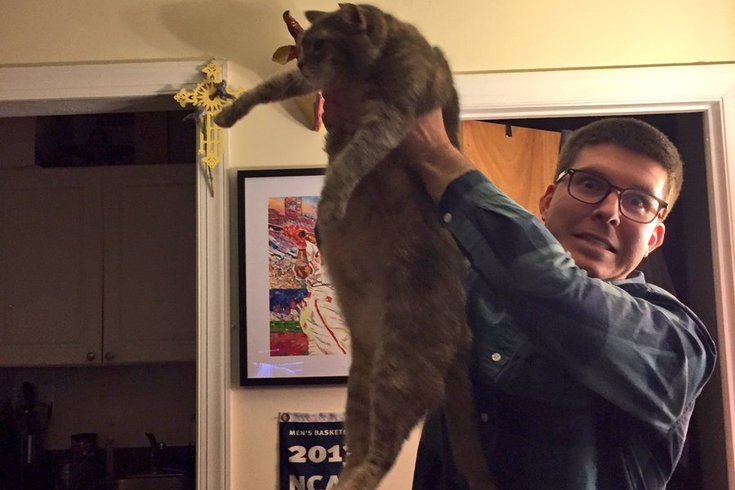 The Sixers are on fire at the moment, but top overall pick Ben Simmons will have to sit out at least a few more weeks. And while the Aussie point forward might not be having the same type of consistent impact on Sixers Twitter as his buddy Joel Embiid, Simmons is the inspiration for a recent movement that has gained some serious traction.

We’re talking about #RaiseTheCat, of course.

Those shots of Simmons and his cat inspired Dennis Grove, aka @GipperGrove on Twitter, to take action.

“Simmons has a very rare-looking cat that climbs his shoulders and head all the time, so I was thinking about how there's no way my cat could do that,” Grove told Rob Tornoe of Philly.com.

Well, Grove decided to try it out, and #RaiseTheCat was the eventual byproduct:

CATS UP Y'ALL @SIXERS WIN! pic.twitter.com/2USqbsAiC0

Now, after every Sixers win, fans flock to Twitter to share pictures of themselves raising their felines to the sky like Rafiki presenting Simba to the animal kingdom:

This @Sixers team is pawsitively exciting. What a W #RaiseTheCat @JoelEmbiid pic.twitter.com/VkS6B2SIxi

Grove also said that he is working on a #RaiseTheCat t-shirt, and the funds will go to animal shelters.

The Sixers host an 18-26 Portland Trailblazers team that boasts one of the worst defense in the NBA on Friday. If they are able to win their 8th game in the last 10, you can bet there will be plenty more cat raising.