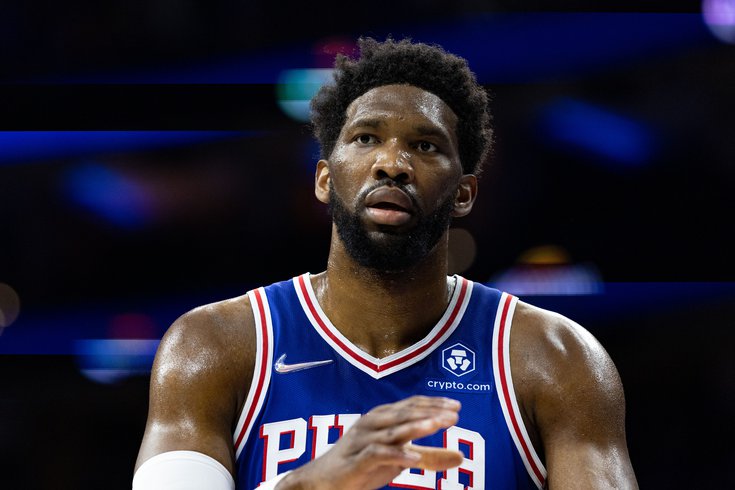 Joel Embiid reported to training camp down in Charleston for the first time as a U.S. citizen.

The Sixers' superstar center revealed on Thursday that he had been sworn in two weeks ago back in Philadelphia, with his girlfriend and two-year-old son being pivotal factors in his decision to undergo the process.

“I’ve been here for a long time,” Embiid told Dan Gelston of the Associated Press. “My son is American. I felt like, I’m living here and it’s a blessing to be an American. So I said, why not?”

Embiid, 28, is a native of Cameroon with French citizenship. After being discovered at a basketball camp hosted by fellow Cameroonian and former NBA player Luc Mbah a Moute, Embiid moved to Florida at 16 to pursue a professional basketball career, then played in college for a year at Kansas before the Sixers drafted him third overall in 2014.

Injuries cost him his first two NBA seasons, but once he finally hit the floor, he grew into one of the league's top centers, a regular MVP candidate, and the undisputed face of the 76ers franchise.

With triple citizenship, Embiid would have options for who he can represent in international competitions such as the Summer Olympics, a question that did come up when he met with the media on Thursday, but any speculation of that was quickly shut down.

“I just want to be healthy and win a championship and go from there,” Embiid told the AP.

And any changes to his introduction from PA announcer Matt Cord are TBD.