Here's the playoff schedule for the Sixers vs. Celtics first-round series 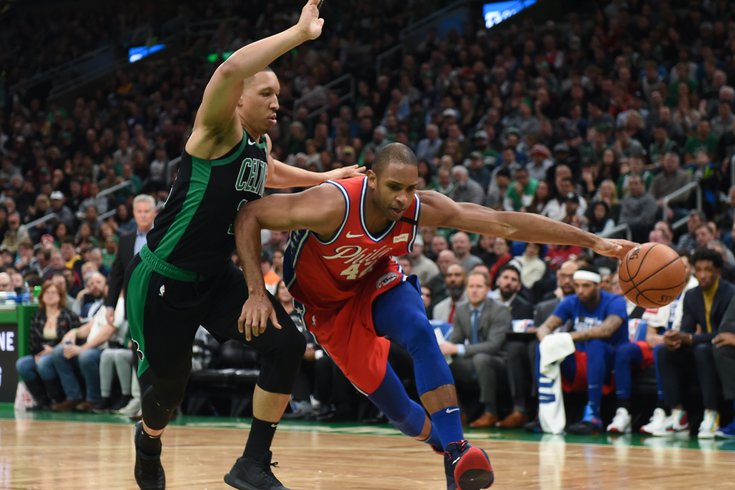 The NBA announced the schedule for the upcoming first round of the NBA playoffs, and the Sixers will get to work on Monday against their archrivals, the Boston Celtics.

Here's the full slate of games (all times Eastern, Games 5-7 only if necessary):

Insofar as you can read into scheduling, it says plenty about where the league ranks Sixers-Celtics in the Eastern Conference matchups. They're in the nighttime slot for each of the first three games in the series, only transitioning to the afternoon for the Sunday afternoon fixture in Game 4, a coveted slot on ABC that will take over basic cable. It's hard to blame the league for the decision: Milwaukee-Orlando and Toronto-Brooklyn figure to be bloodbath, and there isn't a lot of juice for those matchups regardless of the gap in talent.

We'll get to more serious preview material later, but that might not end up meaning anything. Boston, as their record shows, has been a better and more consistent team this season, and they enter the playoffs without many question marks. Jayson Tatum has developed into a young star in Boston, and flanked by Kemba Walker and Jaylen Brown, to say nothing of role players like Marcus Smart, he's going to give Philadelphia fits.

It'll be up to Joel Embiid to be the equalizer and then some if Philadelphia wants to advance and (most likely) get a rematch with the same Raptors who knocked them out in round two last season. Embiid is dealing with some minor health issues this week, but frankly this is the healthiest he has ever been heading into the playoffs for Philadelphia, and with Ben Simmons out for the foreseeable future, he'll get all the space and touches he desires as long as their season is alive.

Whether you're ready for the season to be over or holding out hope for a deep playoff run, you can start planning out the Sixers portion of the schedule for the next week or so.

MORE: The Sixers will have a first-round pick this year thanks to...Mike Muscala and Markelle Fultz? | Instant observations: Sixers lose tight game to Raptors after Joel Embiid exits with injury