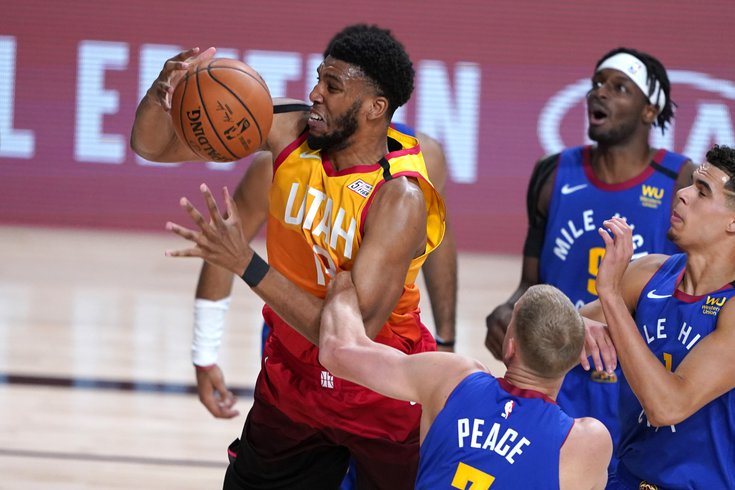 The Sixers are trading Zhaire Smith to the Detroit Pistons for backup big man Tony Bradley, a team source confirmed on Sunday evening. Adrian Wojnarowski of ESPN was the first to report the deal.

On the surface, it's a bit of a strange one for Philadelphia. Just this week, the Utah Jazz had to sacrifice a second-round pick to the Pistons (No. 38, a decent if unspectacular asset) just to clear Bradley's salary. Now the Pistons are flipping Bradley to the Sixers without any extra juice on top.

Perhaps that says as much about Smith's value leaguewide as it does anything else. When they made the draft-night swap of Mikal Bridges for Smith and a pick, they were taking a chance on his upside and hoping they could develop a hyper-athletic college power forward and turn him into a guard/wing. That bet looks like quite a bad one now, with Bridges turning into the three-and-D phenom/potential starter he looked to be at Villanova, and Smith being moved for a depth big.

If you believe in what Smith was doing at the G-League level as a representation of what he could bring to the big-league club, positive indicators were there. Smith shot 37.6 percent from three on over four attempts per game for the Blue Coats last season, a nice season for a guy whose shot was questionable entering the league, but far from the full package they needed for him to be an NBA-level guard.

While the Sixers banked on needing time to develop Smith — I was told they expected most of his first year to be spent in Delaware — they certainly couldn't have banked on a broken foot and a life-changing allergic reaction derailing most of that first year. Smith has been behind the eight ball ever since, with Philadelphia accelerating quickly into a win-now mode and Smith being left in the dust. In that sense, it was the right time to move on.

Speaking to people with the team (and frankly, just reading the room), Smith wasn't going to have much of an opportunity to get minutes in Philly, and thus was never going to have a real chance to develop. In fact, my understanding is that the Sixers would not have picked up Smith's fourth-year option on his contract for next season, the expectation he would have been an unrestricted free agent who would leave the team next summer.

It's the exact trade structure that's a little confusing. Bradley is a decent defensive center who is only making a few million dollars per year, and he was part of some strong lineup combos with the Jazz. With the Sixers relying on Joel Embiid and a 35-year-old Dwight Howard to man the pivot this season, a younger, semi-reliable option behind them is not the worst thing in the world.

But more often than not, his play showed who he is — a guy who is on the floor mostly to eat time for the starter, Rudy Gobert. The Sixers believe there's a bit of upside in Bradley, who is still just 22 years old, and having a guy who can get on the floor and who they're in a better spot with contractually appears to have been the decisive factor here.

It's not the end to the Smith marriage the Sixers wanted, and even as Smith departs the team went out of their way to double down on their admiration for Smith as a person and a worker. Unfortunately, Smith the basketball player hadn't shown much through two years and change in Philly, and he'll have to find himself as part of a rebuild in Detroit instead.