Symptoms of the illness include crusty eyes and neurological problems, according to public reports. A dozen different species have been affected 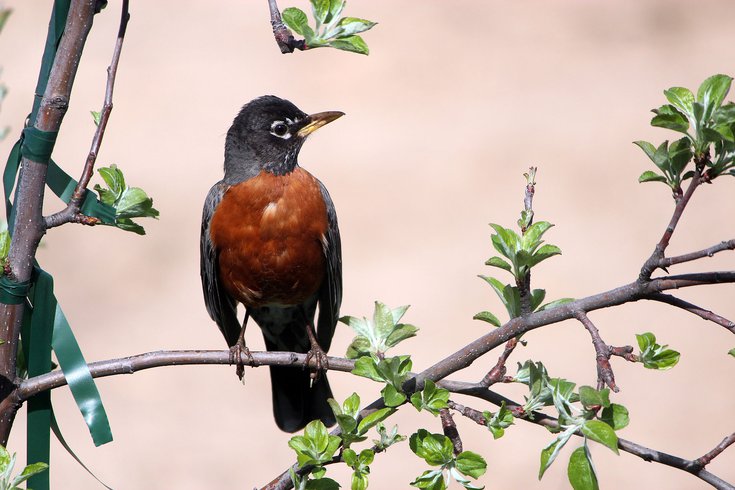 The American robin is among the species that has been affected by the mysterious disease, which causes crust and discharge from the eyes in additional to neurological symptoms, Pennsylvania wildlife officials said.

Dozens of reports of an unknown disease killing multiple species of Pennsylvania songbirds has prompted an investigation by the state game commission, officials said.

More than 70 reports from the public, originating from 27 counties, including Philadelphia, point to an emerging health condition that is sickening and killing the birds.

Reports of the mysterious illness show that it is affecting young and adult songbirds, and there have been birds showing signs of the condition in at least eight states. The most common symptom is described as discharge and crusting around the eyes. Some birds also show neurological issues, such as falling over or head tremors.

Game Commission officials are working with the Wildlife Futures Program at the University of Pennsylvania’s School of Veterinary Medicine to test the affected birds for toxins, parasites, bacterial diseases, and viral infections. Test results have been inconclusive, to date.

The public is advised to take the following precautionary measures:

• Stop feeding birds and providing water in bird baths until this wildlife mortality event has concluded to prevent potential spread among birds and to other wildlife.
• Clean feeders and bird baths with a 10% bleach solution.
• Avoid handling dead or injured wild birds; wear disposable gloves if it's necessary to handle a bird.
• Keep pets away from sick or dead birds as a standard precaution.
• Dispose of dead birds in a sealable plastic bag and discard with household trash. This will prevent disease transmission to other birds and wildlife.