Some opponents argued they are a financial burden 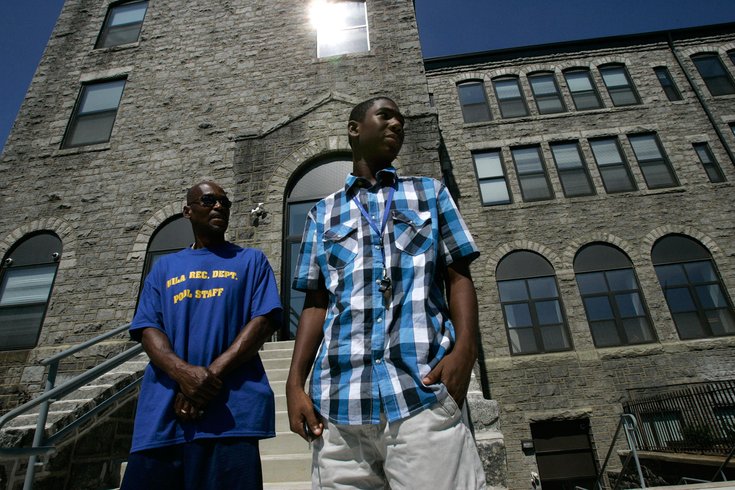 The operators of Boys' Latin of Philadelphia, a charter school pictured above, had hoped to get approval Wednesday night to open a Girls' Latin charter school.

The vote was heavily anticipated by politicians, educators and parents. Some anti-charter proponents in the audience grew boisterous at times, even interrupting the meeting after the SRC granted approval to Independence Charter School West — the first application approved.

"I expected that they would probably approve charter schools because they were getting so much outside pressure." – Jerry T. Jordan, teachers union president

Chairman William Green said the commission did not let outside pressure affect its decision, saying there was no strategy to appease any politicians in Harrisburg. He said each applicant was judged on its own merits, with no consideration to the district's finances.

"The adjudications will speak for themselves," Green said. "They did not consider finance. I really don't have anything else to say on this subject expect that we called ball and strikes as we saw in (judging) each application on its merits."

The approvals are subject to the applicant accepting several terms added by the SRC. Those terms, which varied per applicant, included opening in 2016-17, adjusted enrollments, slower growth rates and preference stipulations.

"All the evidence and data the district has provided us demonstrates that three years is plenty of time to know whether or not a charter is successful," Green said. "So, why allow five years?"

Superintendent William Hite supported the SRC's decision, saying the board did a "good job faced with a difficult set of circumstances" that include filling an $80 million budget gap and finding revenue to support the opening of four new charter schools in the 2016-17 school year. KIPP DeBois is the only of the five approved charters that will open in the fall.

"I commend the SRC for working through a very difficult process," Hite said. "I think they did it well. I wasn't involved in any of those deliberations or discussions, but we did provide information that helped them make those decisions."

Jerry T. Jordan, president of the Philadelphia Federation of Teachers, said he was disappointed by the SRC's decision, saying more charter schools will result in fewer teachers, nurses, librarian and counselors within the district schools. Yet, he said he was not surprised.

"I expected that they would probably approve charter schools because they were getting so much outside pressure," Jordan said.

The School District of Philadelphia has 86 charter schools, but has not approved any new institutions in seven years. Republicans in the state Legislature had urged the SRC to approve charter schools, a position opposed by Democratic Gov. Tom Wolf.

That increase has impacted the district’s budget.

At $766.7 million, charter school obligations account for about one third of the district’s $2.5 billion budget. That marks a significant upswing from 2011, when charter costs totaled 18 percent.

A charter reimbursement line item was eliminated from the state budget in 2011, a factor that contributed to the district’s rising charter costs. That line item had partially refunded districts for students lost to charter schools, helping districts defray the overhead costs that remained the same despite a smaller enrollment.

"We have significant revenue challenges," Hite said. "This will require additional revenue to fill that $80 million hole and to ensure that we're supporting these (new charter) seats without taking from children who are sitting in other schools."

Throughout the meeting — which extended beyond five hours — advocates from both sides cheered. Applicants that gained approval modestly cheered when they learned their fate. Anti-charter opponents cheered loudly as the board initially denied the first 14 charter applicants.

That changed when the board granted approval to Independence Charter School West. A group of anti-charter activists gathered in front of the panel, shouting "SRC, we're no fools, you're destroying public schools."

During public comment, several teachers, parents and grassroots organization leaders urged the SRC not to approve any new charter schools, saying they would be a financial burden on an already cash-strapped district.

"There is one obvious conclusion: the school district cannot afford any more charters," said Melissa Wilde, a professor at the University of Pennsylvania and a parent of two children at Andrew Jackson School in South Philadelphia. "The SRC should vote no on all of the new charter applications. Anything else is financially irresponsible."

Bob Previdi, a parent of a Masterman student, questioned the accountability charters face, saying they are not held to the same standards as district schools.

"I don't see where this ends," Previdi said. "I see it just continuing to chip away at the foundation of our school district. I'm not for reinventing the wheel. We have a school district. Fix it."

The SRC previously heard from the 39 charter school applicants, whose representatives lobbied the board to approve their applications.

“In essence, we have changed the game for college enrollment for African-American males in West Philadelphia,” Hardy said. “We send them in higher percentages and higher numbers.”

She said the school, which was founded in 2008, has been nationally recognized for its results.

“We’re not just here because we want to run another charter,” Figueroa said. “This is part of our education continuum and our commitment to the community.”

Claire Richardson advocated on behalf of Mastery Charter Schools, which wants to expand to include a school in the former M.H. Stanton School in North Philadelphia. Mastery is the largest charter operator in Philadelphia.

"For the last four years, I have been in a desperate search to find a suitable education for my son, who has autism," Richardson said. "When I learned about a chance that Mastery could open a school in the former Stanton building, I decided to do whatever I could to make it happen. A thriving school will not only benefit my son but will transform my neighborhood."

Danielle Freeman, a high school student, spoke on behalf of KIPP charter schools, saying school officials stuck with her when she went through a period of homelessness. She said she has since interned at a Fortune 500 company and ranks 21st in her class.

KIPP, which operates charters across the country, sought to open three new schools in Philadelphia. The organization was granted one.

"They truly did whatever it took for me to get through this time," Freeman said.

'Opportunity here to help a lot of kids'

The meeting began around 3:30 p.m. when Megan Reamer, of the district’s charter schools office, provided an overview of the application process.

As she began, she was interrupted by a group of about 25 youth who filled into the center aisle. The group, which opposed charters, chanted that they would “fight for their rights.”

“We, the youth, declare war against systemic genocide,” the crowd chanted.

The group was escorted from the auditorium as they held their hands in air, a sign of surrender.

The meeting was highly anticipated, partially due to the Philadelphia School partnership offering the district $25 million to help mitigate the costs of approving charter applications. Exactly how much that money would help had been debated, according to Newsworks.

The district – which faces an $80 million budget shortfall – claimed each new charter seat costs $7,000 per year. District officials said if it added 15,000 charter seats, its charter costs could rise by $500 million over six years.

The PSP has disputed those figures.

That debate continued into the political realm, where mayoral candidates Jim Kenney, Nelson Diaz, Doug Oliver and Lynne Abraham all signed a letter urging the SRC to vote "no" to adding charter schools.

The letter, drafted by the Philadelphia Coalition Advocating for Public Schools, also was signed by City Council President Darrell Clarke and supported by the American Federation of Teachers, among others.

"The Wolf administration believes the SRC must stabilize, not worsen, the district's finances," said Wolf's press secretary Jeff Sheridan. "It cannot spend money it does not have for new charters or other expenses."

Yet, Republican leadership in the General Assembly called for the opposite, with House Speaker Mike Turzai saying “there is an opportunity here to help a lot of kids.”

Leaders in the state Senate also mailed Green a letter, saying they were “hopeful that the SRC will approve these qualified charter schools in the very near future,” the Inquirer reported.

Information from Reuters was used in this report.