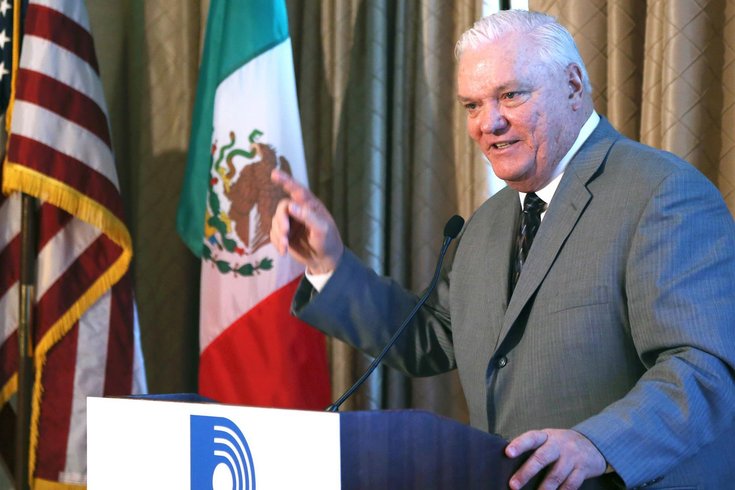 State Rep. William Keller announced he will not seek re-election after serving 25 years in the General Assembly.

State Rep. William F. Keller will not seek re-election in the 184th Legislative District, leaving Harrisburg after 25 years in the General Assembly.

Keller, 67, a Democrat from South Philadelphia, released a statement Friday announcing his decision, saying it followed "many months of soul-searching." Keller was facing a challenge in the upcoming primary election.

"I have enjoyed many wins for the district over the past quarter-century and have learned from a few losses, as well," Keller said. "I take pride in transforming a modest, working-class district into one of the most desirable neighborhoods in Philadelphia."

That gentrifying neighborhood – East Passyunk Crossing – is now populated with some of the best restaurants in Philadelphia, as well as myriad small businesses.

A La Salle University graduate, Keller served as the minority chairman of the House Transporation Committee.

A longtime union advocate, Keller was a longshoreman before joining the General Assembly in 1993.

In his announcement, he noted his efforts fighting for the port in South Philly, saying he is "delighted to see its long-held promise finally being fulfilled."

Had Keller decided to run for re-election, he was facing potential primary challenges from at least four candidates.

Former journalist Elizabeth Fiedler and retired police detective Nicholas DiNonato Jr. have hopped into the race, as have a pair of lawyers – Bill Ciancaglini and Tom Wyatt.

"Although I feel I have much more to give and many more goals to accomplish, Father Time does not stand still for me or anyone," Keller said. "It's time to step aside and allow the next generation to lead."

But Keller cautioned against interpreting his decision as a retirement announcement.

"I plan on staying extremely active in the district, looking out for the best interests of my neighbors and my city, and working to support and elect politicians who care as much about our community and its future as I do," he said.