Suh a free agent as Lions opt against franchise tag 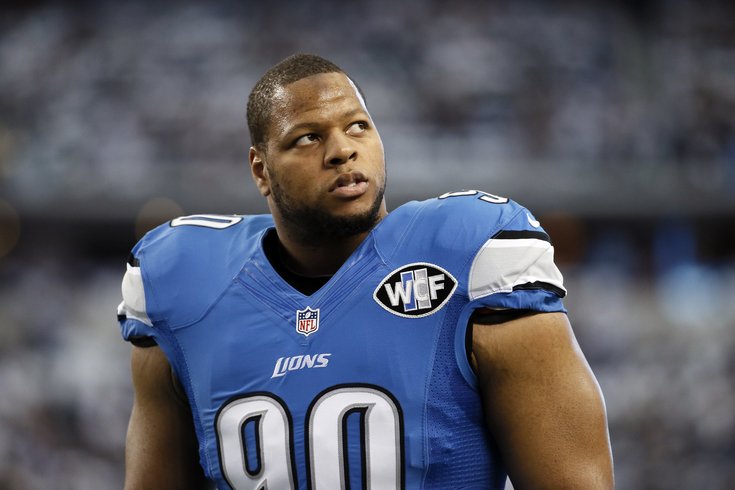 Read More
DETROIT — Ndamukong Suh can test the open market when free agency begins March 10 after the Lions decided not to use the franchise tag on the star defensive tackle, according to a report on the team's website.

Monday is the deadline for teams to designate franchise or transition players. The Lions did not officially confirm the decision to let the deadline pass without franchising their 28-year-old All-Pro, but the report on the team's website said Detroit concluded that the franchise tag's price of around $27 million for Suh proved too daunting.

Last month, general manager Martin Mayhew said he was optimistic about getting a deal done with Suh, but the franchise tag was probably the team's best source of leverage, and even that would have come at a prohibitive cost.

Suh has been a force in the middle of Detroit's defensive line ever since the Lions drafted him with the second overall pick in 2010. He has 36 sacks in five seasons, including 8 1/2 in 2014, when the Lions made the playoffs as a wild card while boasting one of the league's top defenses.

Suh has been hit with several fines in his career for his aggressive on-field actions, and he was nearly suspended for Detroit's playoff game at Dallas last season — a one-game ban for stepping on Green Bay quarterback Aaron Rodgers was overturned on appeal. But that occasional drama has done little to detract from Suh's overall value to the Lions, who now face the prospect of having to bid against other teams for his services.

Suh, quarterback Matthew Stafford and wide receiver Calvin Johnson — all of whom came to the Lions via high draft picks — have helped Detroit reach the postseason twice in the last four years. The Lions were able to secure Stafford and Johnson on long-term deals beyond their rookie contracts, but so far they've been unable to sign Suh.