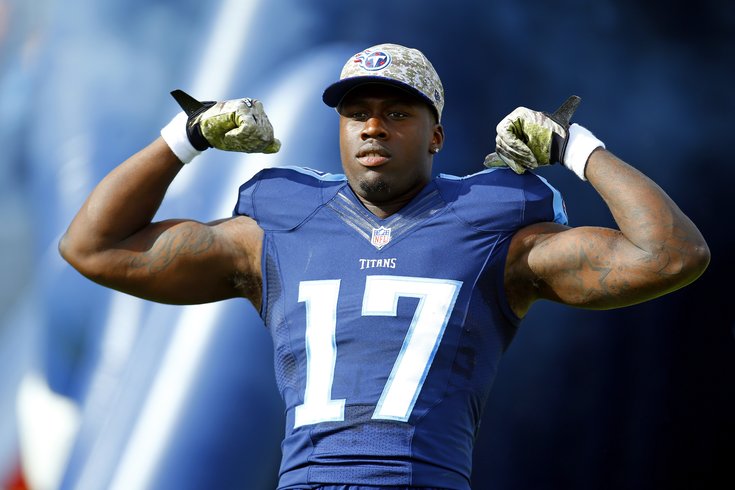 Eagles wide receiver Dorial Green-Beckham is introduced before a game last season when he was with the Titans.

On Tuesday, the day the Eagles traded offensive lineman Dennis Kelly to the Titans for second-year wideout Dorial Green-Beckham, head coach Doug Pederson told reporters that his newest receiver would travel to Pittsburgh for Thursday night's preseason game against the Steelers but wouldn't play.

That, however, was before Green-Beckham arrived in Philly and had a chance to meet with coaches. Then, prior to their second preseason game, the Eagles tweeted out a list of players not expected to play, and one notable name was missing from the list: DGB.

And after working out with the team in shorts a few hours prior to kickoff, the six-foot-five wide receiver was back out on the field for pregame warmups, this time in full uniform.

Dorial Green-Beckham is in uniform and may play. Wendell Smallwood and JaCorey Shepherd won't play, per the Eagles.

Could he play? It's starting to look that way -- and it would certainly make the game more interesting.

Once the game starts, head over to our live chat for the latest updates and analysis.