Several swimmers throughout the region put their toughness to the test 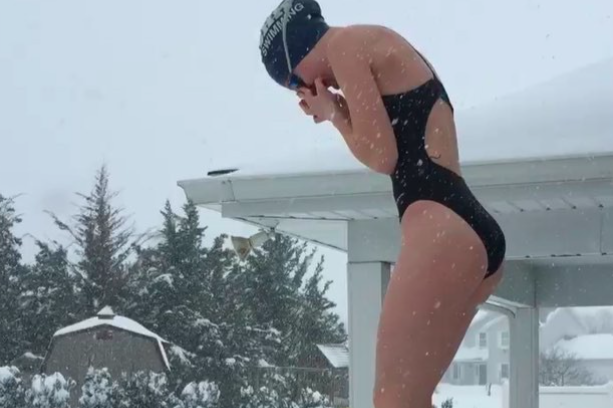 Swimmer dives into snow during blizzard of 2016.

Apart from shoveling out driveways and cars, or going sledding, most people affected by this weekend's monster blizzard likely did everything they could to avoid the stinging cold and the terrible sensation that comes with wet socks.

Not so for several swimmers in the region, who decided to prove their toughness Saturday by literally diving head first into massive piles of snow.

Elsewhere, in West Virginia, a pair of WVU men's swimmers took on a similar challenge.

If this gives them the mental edge they need to triumph at next month's Big Ten Championship, all the power to them.

If this helps them gain a mental edge for next month's Big Ten Championship, all the power to them.