Swift's most recent album came out at the end of 2017 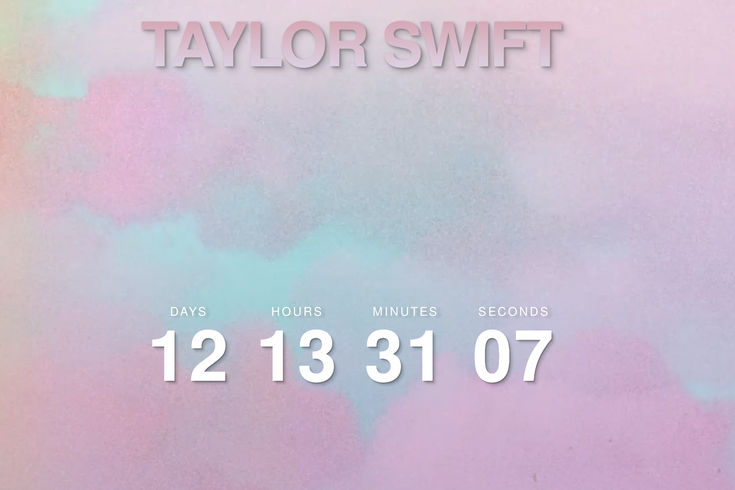 Pop singer-songwriter and Reading, Pennsylvania native Taylor Swift is up to something.

The megastar uploaded a countdown clock to her Instagram story late Friday night, and her website, TaylorSwift.com, is now covered with a floating pastel-cloud background and the same countdown clock.

The clock is set to expire on April 26, which is a Friday, the current prevailing industry day for releasing new music.

What does it all mean? New music, probably. Whether it’ll be a single or a full album is currently unclear, though surprise albums usually do better when they’re released all at once without time for speculation.

Swift’s most recent album, Reputation, was released in November 2017. It was nominated for Best Pop Vocal Album at the 2019 Grammys (what a weird award system), but didn’t win.