Tech employment is up in Philly 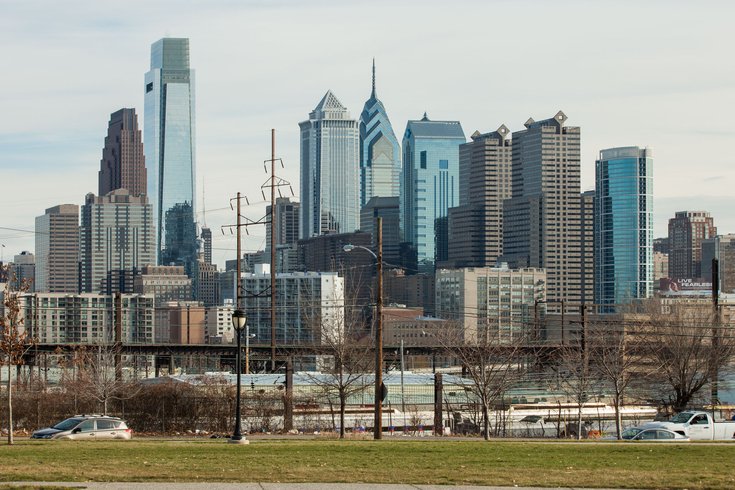 The view from Drexel Park is one of University City's many highlights.

While New York City might be labeled by some as Silicon Valley East, there's a growing tech boom to take note of right here in Philadelphia.

According to a recent report from CBRE, Philly has experienced a growth spurt with "tech employment" over the past 5 years, a trend that is expected to continue.

The report shows that Philadelphia has seen a huge increase since 2009 in tech employment: 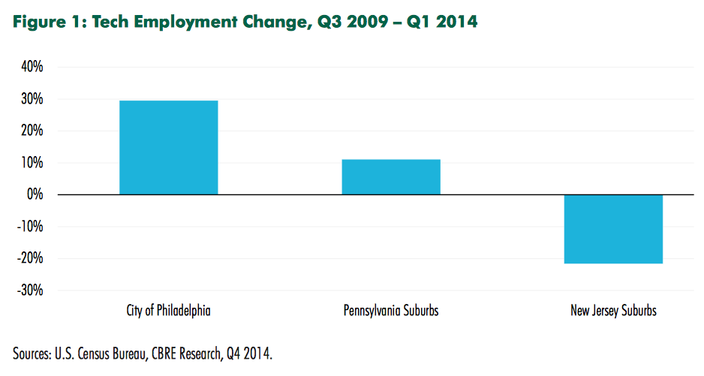 Despite the increase, most of the region's tech industry is still focused in the suburbs. Yet while Pennsylvania remains strong, New Jersey has declined:

Ultimately, the trend in the industry is moving toward the city. The report cites a nearly 40 percent jump in Center City population among those between the ages of 25-34 from 2000 to 2010, while Philadelphia suburbs such as Chester and Montgomery counties experienced slight decreases in that demographic. 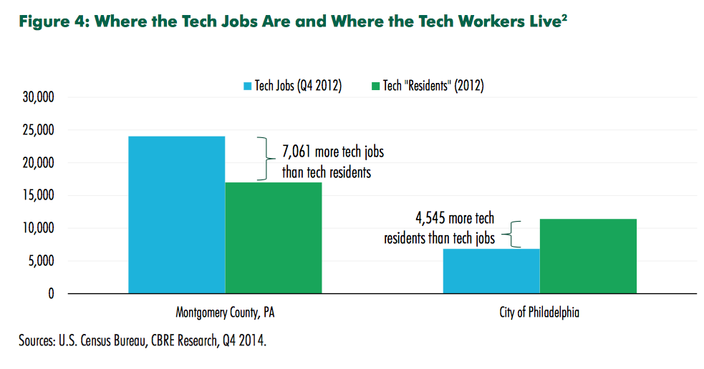 Despite this, the report notes that the living choice of potential employees may "pull more employers into the city seeking talent."