No, the Philadelphia Parking Authority didn't ticket a car that caught fire on South Street 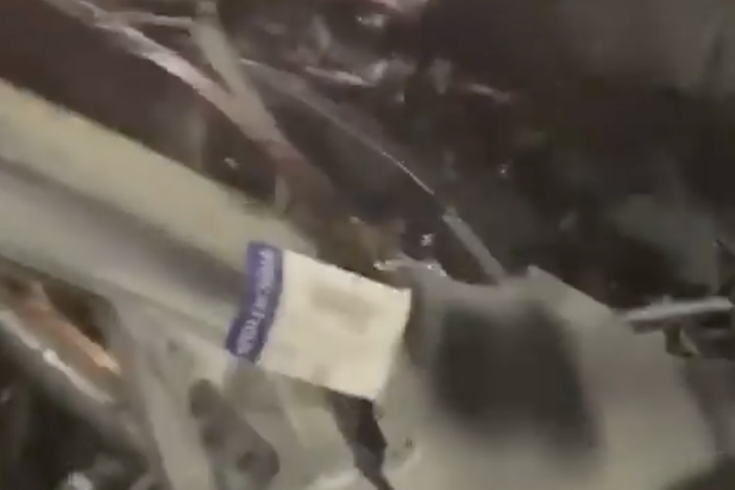 A car caught fire on South Street on Wednesday, and was later seen stuck with a Philadelphia Parking Authority ticket. The PPA said Thursday it wasn't its doing.

A car caught fire outside the Theater of Living Arts on South Street on Wednesday evening, and photos and videos from the scene were shared across Facebook and Twitter, as is often the case.

One video that caught folks' attention, however, featured a classic Philly trope: the Philadelphia Parking Authority showing no mercy.

The video, uploaded by Philadelphia resident Stephanie Gartanutti on Facebook, showed a PPA ticket had placed on the vehicle's charred remains after the fire had been extinguished.

Warning: text displayed on the screen during the video is NSFW.

Gartanutti told PhillyVoice she wasn't the one who took the video; rather, a friend sent it to her.

Because a similar thing happened last September near Drexel University's campus, the ticketing seemed relatively believable, and the internet ate it up:

car blew up on south st and PPA still gave that mf a ticket LMAOOOO pic.twitter.com/3PNFjYLdNj

When someone lights your car on fire and you don’t think things can get any worse, #PPA will be there to prove you wrong pic.twitter.com/VyxEku28t2

But the PPA said Thursday evening in a Facebook post that the ticket wasn't actually given by a parking authority employee: 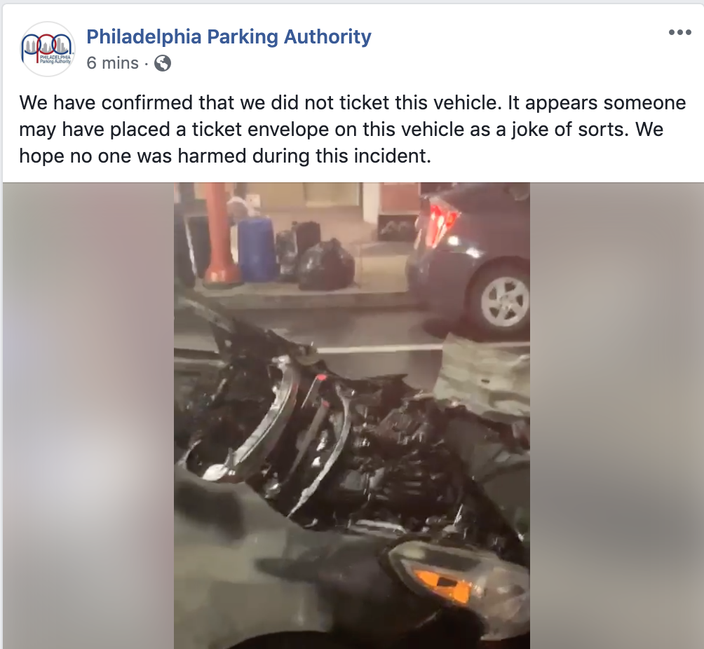 "We have confirmed that we did not ticket this vehicle," the post reads. "It appears someone may have placed a ticket envelope on this vehicle as a joke of sorts. We hope no one was harmed during this incident."

Good joke, everyone! But even the PPA isn't that ruthless.