Pitt and Lincoln University are doing likewise. Republicans had asked the 4 universities to freeze tuition, but administrators say a one-time infusion of federal funding isn't enough 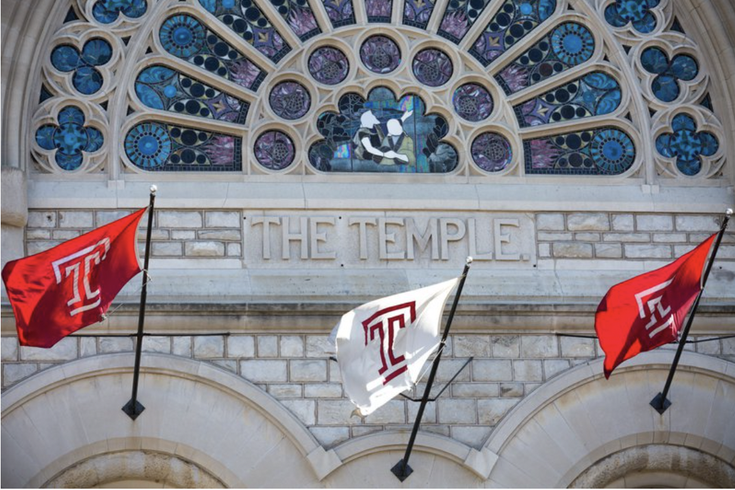 Temple University is increasing tuition by 3.9% for the 2022-23 school year, citing inflation strain. It is among four Pennsylvania universities that have rejected a request from Republican lawmakers to freeze tuition thanks to new federal funding.

Four Pennsylvania universities are moving forward with tuition increases for the 2022-23 school year despite a plea from several state Republican leaders.

Lincoln University, Penn State University, Temple University and the University of Pittsburgh say the one-time infusion of federal funding they received earlier this year is not enough to prevent their varied tuition hikes.

The universities are not among Pennsylvania's 14 state-run colleges, but they receive state funding for offering Pennsylvania residents tuition discounts. They collectively received $597 million this year from the state budget, but funding was flat-lined, NBC10 reported.

To provide a 5% appropriation increase, the Wolf administration divided another $30 million in federal funds among them.

Though charging more may be the simplest solution, Mastriano wrote, it would cost the state economic opportunities down the line.

On Wednesday, eight other GOP lawmakers, including Rep. Martina White, of Philadelphia, wrote another letter urging the universities to freeze tuition. They suggested that Penn State, Pitt and Temple use their large endowments, alongside the federal funding, to offset any tuition increases caused by inflation.

Penn State and Pitt have endowments of $6.2 billion and $5.68 billion, respectively. Temple's is $873 million. But endowment funding doesn't always benefit a university's operating costs. Sometimes it is restricted to specific programs or research.

At the time, Penn State President Neeli Bendapudi said she understands the strain that increasing tuition has on families, but that budget increases are needed to uphold high-quality educational standards.

Students from households with incomes of $75,000 or less will have some financial relief despite the price hike. The university agreed to provide an additional $14 million in financial aid for those students.

In response to the letter from GOP leaders, Bendapudi sent a letter saying the one-time payment would not offset the financial strain of the university, the Centre Daily Times reported.

Chief Operating Officer Ken Kaiser said the 3.9% increase is necessary due to inflation and state funding remaining flat for four years. Since the 2020-21 school year, Temple has cut its school budget by $115 million to limit the necessity of tuition hikes.

"From a long-term planning standpoint, it would not be prudent to use it as a part of recurring our operations," Orbanek said in an email.

Pitt, which is increasing its tuition by 3.5 %, is using its federal funding to provide financial aid and outreach, the Associated Press reported. Lincoln's 1% tuition increase will only apply to new students.

Attorney General Josh Shapiro, the Democratic nominee for governor, said Mastriano's tuition freeze plea was hypocritical because he voted for the flatlined budget and against providing more money.