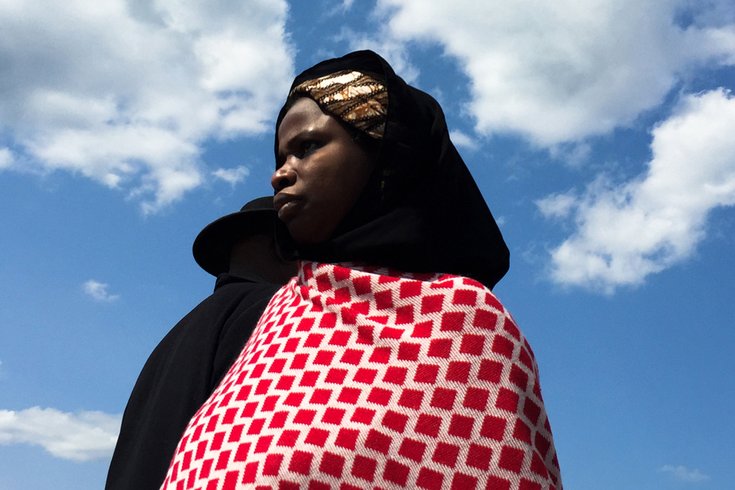 "The Crossing," by Shawn Theodore.

Painted Bride Art Center is gearing up for a night of poetry, photography and music on First Friday Feb. 5 in honor of the closing of "The Avenues," local photographer Shawn Theodore's latest exhibit. The exhibit, which opened in December, features work from 2011 through 2015 which focuses on historically African-American neighborhoods that are disappearing thanks to gentrification.

Theodore, a Philly native and Temple grad, is known for his striking portraiture which caught the eye of acclaimed poet Ursula Rucker at the exhibit's opening. Thus for the closing of "Avenues," Rucker will perform new work inspired by the exhibit for visitors. Rucker has collaborated with everyone from King Britt to The Roots and is known for her unique performance style. She'll be joined by UArts alum Jamal Jones and 'The A/V/E' band.

Better still? Theodore and Rucker will take the opportunity to announce a new collaborative project in a medium neither has explored before. Until Friday, the nature of their project is under wraps, so you'll have to be there to find out more.