Vai Sikahema to retire in November after 26 years at NBC10 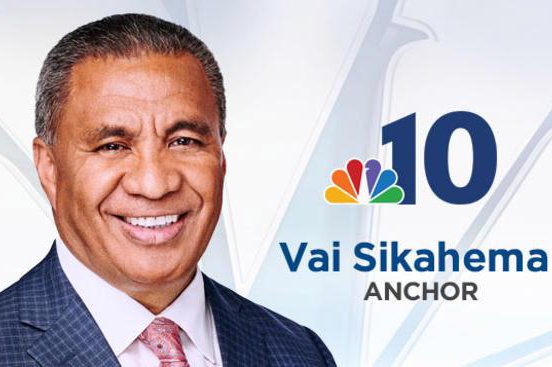 Vai Sikahema, a former Philadelphia Eagle and longtime broadcaster, will leave NBC10 in November after 26 years.

Longtime NBC10 sports and news anchor Vai Sikahema will reportedly end his 26-year run with the station by retiring in November.

A former NFL player and special teams ace for the Philadelphia Eagles, Sikahema, 57, made the announcement during Wednesday's broadcast.

A resident of Mount Laurel, New Jersey, Sikahema became a member of the media after retiring from football in 1994. He has used his platform for charitable efforts to support children in need of adoption, including his weekly "Wednesday's Child" segment in which he features children seeking permanent homes.

"Vai has been a staple at our station for over a quarter of a century," an NBC10 spokeswoman said, via the Philadelphia Business Journal. "Vai started as a weekend sports anchor, then moved to news anchor and host of Wednesday’s Child. We will miss his presence on the anchor desk and in the newsroom. We congratulate Vai for his many years of service to our team and his commitment to our community. We look forward to celebrating Vai and his many accomplishments with our NBC10 family."

Most recently, Sikahema has co-anchored the station's 4-7 a.m. broadcast alongside Tracy Davidson. He has been the station's most senior on-air personality.

The Tonga native got his journalism education at Brigham Young University. He was drafted as a running back in 1986 by the former St. Louis Cardinals (now in Arizona) and became the first Tongan to play in the NFL. His career spanned eight seasons between the Cardinals, Packers and Eagles, including two Pro Bowl selections.

As a journalist, Sikahema has earned two Mid-Atlantic Emmy Awards and was inducted into the Philadelphia Broadcast Pioneers' Hall of Fame in 2013, among other distinctions.

The pending departure comes after veteran NBC10 anchor Denise Nakano left the station earlier this year. She has since taken on a part-time anchor role with KYW Newsradio 1060-AM.