Pair your vegan beer with some delicious vegan food 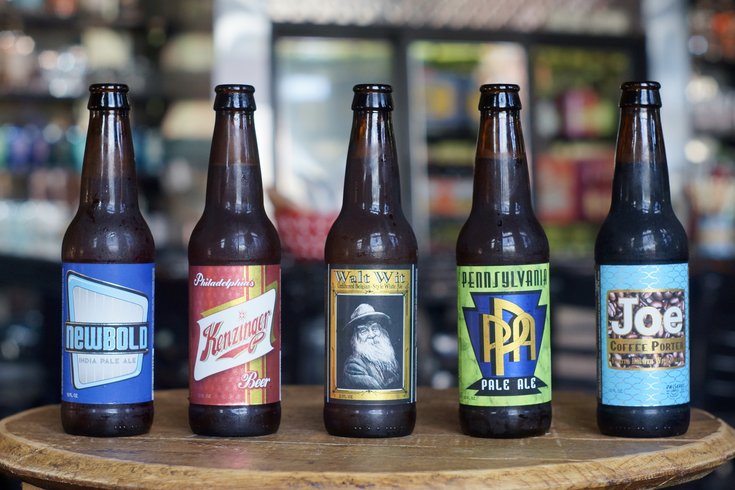 All of Philadelphia Brewing Co.'s beers are vegan.

Philadelphia Brewing Co. is hosting a completely vegan beer festival at its tasting room on Frankford Avenue this summer.

On Saturday, July 20, enjoy vegan beer and vegan food at the bar in the Peacock Room, or from the newly-built outside bar in the recently-expanded beer garden.

RELATED: Get a $1 mojito during happy hour at Cuba Libre on National Mojito Day | Farmers market coming to King of Prussia Mall for limited time

"Although most non-vegan beers are easy to spot – honey and milk sugar are common beer additives – most beer drinkers are unaware of the fairly common practice of using animal-based ingredients such as gelatin and isinglass as filtering agents," said William Barton, Philadelphia Brewing co-founder.

"We have never used these clarifying agents in the production of our beers and invested in a top-notch centrifuge many years ago. More recently we invested in new equipment and a new lactose free recipe for our beloved Joe Coffee Porter," he shared.

With the update to the coffee brew, all of Philadelphia Brewing's beers are now vegan.

As for the vegan food that will be available, there will be ice cream made with beer and cider, molded chocolates with nuts and fruits, tamales with chipotle yam and kale and the Vegan Jawn hoagie from Kensington's Martha.

The vegan beer fest will take place noon to 4 p.m. and everything will be pay-as-you-go. In addition to food and drink, the day will include lawn games and live music.