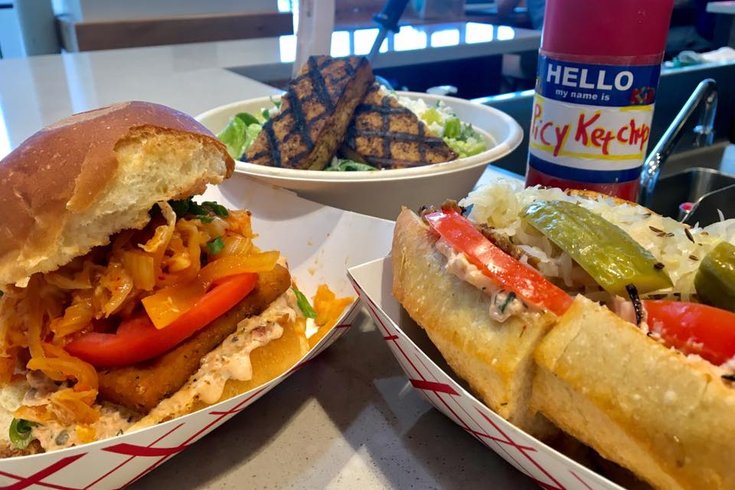 Wiz Kid, a vegan eatery from the culinary teams behind Vedge and V Street, opened in the new Art Museum-area Whole Foods last year. This summer, a second location will open next to V Street in Rittenhouse.

It will officially open on Monday, Aug. 7, according to Wiz Kid's Facebook page.

The menu includes a vegan cheesesteak, a vegan take on a classic roast pork sandwich and a Korean fried tempeh sandwich, among other items.

Wiz Kid's Rittenhouse menu will be larger than the Whole Foods one and will include alcohol. There will be Neshaminy Creek Brewing Co. beers and gin or whiskey can be added to lemonade or tea.

The new eatery's decor will include graffiti art and cartoon imagery.