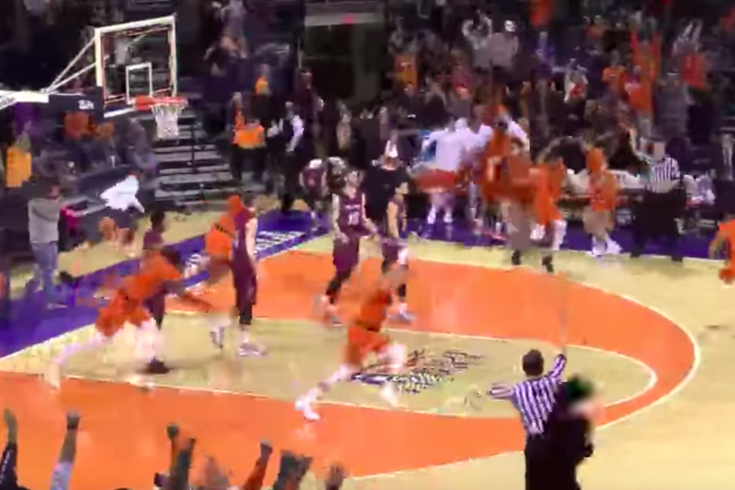 The Bucknell men's basketball team was trailing Colgate by eight points at home with under 30 seconds to go in regulation Monday night. Improbably, the Bison of Lewisburg, Pa. ended up winning the game.

It started with guard Kimbal Mackenzie, who hit an and-one layup with 20 seconds left. After he sunk the free throw, Colgate turned the ball over, letting it go out of bounds. Mackenzie had a three blocked, but recovered the ball and got it inside to center Nana Foulland. Not only did Foulland make the layup and get fouled, but a flagrant foul was called, meaning they got the ball back.

With the Bison now only down two, the ball got swung around the perimeter. As time ran out, Mackenzie hit a three. Ball game.

I highly recommend watching and listening to the entire sequence with the school's radio broadcast, which you can do below: