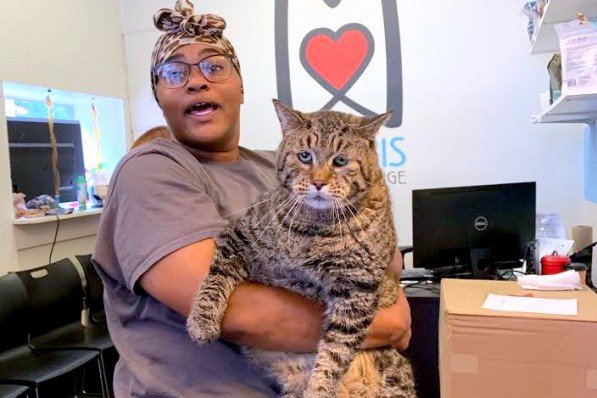 Morris Animal Refuge, the Center City animal shelter, has announced that the viral chonk cat, Mr. B will be adopted early this week.

Mr. B, the "chonk" cat Morris Animal Refuge rescued and posted on Twitter, is finally getting a home after the feline became an overnight internet sensation.

The Center City animal shelter announced on Saturday night that Beejay, a.k.a. Mr. B, will officially be adopted some time early this week. The shelter said they have narrowed down the potential adopters for the two-year-old, 26-pound cat to a handful of people.

MORE: Made in America 2019: Road closures and travel restrictions on Benjamin Franklin Parkway

"We want to thank everyone for the outpouring of support of Mr. B and the work we do here at Morris Animal Refuge. We have gotten it narrowed down to a handful of potential adopters that we think can give him the perfect home. His adoption should be finalized early this week," the non-profit tweeted.

The animal shelter originally posted a picture of the bobcat – er, cat – on Thursday and the feline's popularity grew overnight. The post has since received over 44,000 likes and over 14,000 retweets. Their site even crashed from all the Mr. B interest. The refuge soon immortalized the cat on a "chonk" shirt in his honor.

Many people had a lot of things to say about the adorable chonkmonster. (The refuge would like to point out, however, that he's just big-boned.)

The Philadelphia Police were even interested in adding Mr. B to their K9 Unit.

Um, if he doesn't get adopted (highly unlikely) he's welcome to join our K9 Unit as its first Feline (he IS a cat, right?!) member

But some people believe the cat is hiding its true identity ...

That's not a feline, it's a kindergartner in a cat costume.

I mean, can we be 100% sure he’s not actually a snow leopard with a dye job? I’m up in Roxborough and I’m kind of surprised I can’t hear him stomping around.