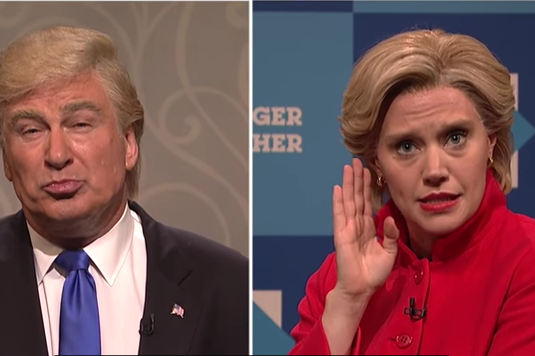 Kate McKinnon, playing Hillary Clinton, and Alec Baldwin, playing Donald Trump, have been trading humorous jabs during this season of "Saturday Night Live." But in the final episode before Election Day, the two broke character toward the end of the cold open to run out onto the streets of New York City to spread some love.

You can watch the sketch below: