Wawa closes another Center City store due to operational challenges 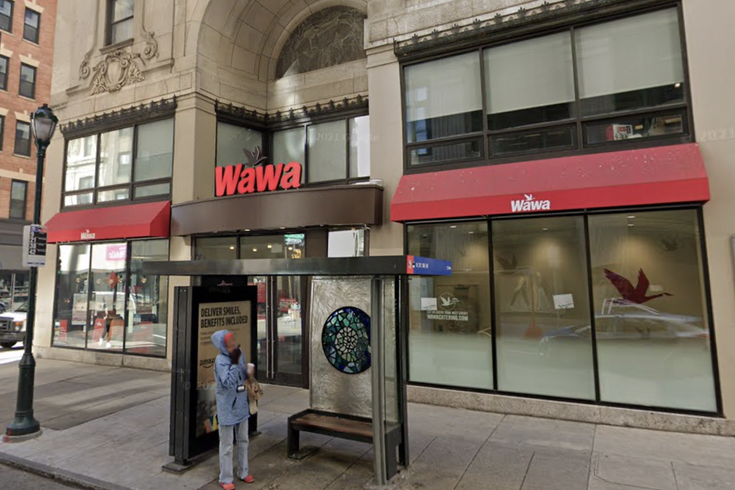 Wawa's store at 13th and Chestnut streets opened in early 2018 after the closure of I Goldberg Army & Navy, which previously occupied the storefront. Wawa permanently closed the store on Monday.

Wawa has permanently closed its store at 13th and Chestnut streets in Center City, citing operational challenges after less than four years at the location.

The company confirmed the store closed on Monday and said employees at this location will be transferred to others in the city. The storefront previously had been occupied by Philadelphia's original I Goldberg Army & Navy, a family-owned clothing and surplus store that had been in business for 100 years before Wawa took over the location.

Wawa's decision to close the store comes amid a string of recent closures in Philadelphia, beginning last year with the shuttered store at Broad and Walnut streets. The company closed its store at Ninth and South streets in the fall and also recently shut down a North Philadelphia location at 1300-14 East Erie Avenue.

Over the past half-decade, Wawa expanded aggressively in Center City with several new locations within easy walking distance of each other. In early 2020, Wawa opened a tiny, 3,000 square-foot-location at 33 South 16th St., just off Chestnut Street a few blocks from the store that closed Monday. It appears the small-format store created a redundancy, especially with fewer people working in Center City during the pandemic.

Wawa still has multiple Center City locations, with no immediate plans to make any further changes. A company spokesperson said the store at 912-916 Walnut St., near Jefferson Hospital, is not facing any closure.

"We continue to serve the community as well as the surrounding hospital and medical staff in the area," the spokesperson said.

Forbes recently ranked Wawa the largest private company in Pennsylvania and the 29th largest in the United States, with $11 billion in revenue and roughly 38,000 employees across its growing territory.