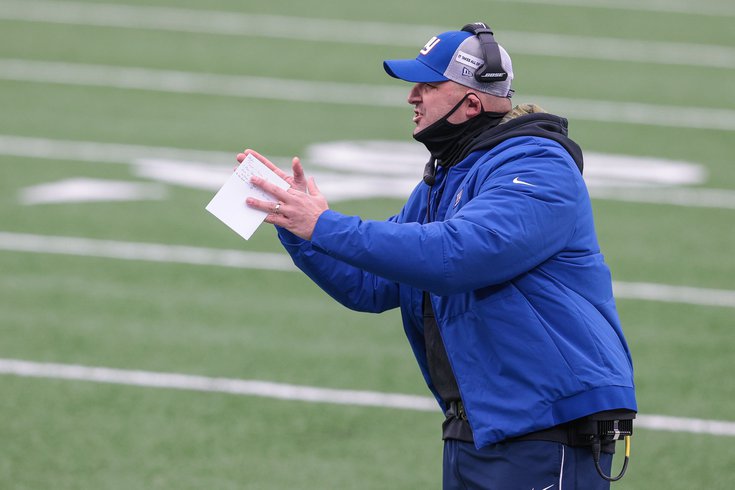 For the gambling enthusiasts, here are my Week 11 NFL picks. To note, the team logos indicate who I think will win the game, not cover the spread. At the end of the picks, I'll note a few teams that I like based on the spread — with all Week 12 lines coming via Sidelines.io.

Bears (-3) at Lions: For a league that tries to squeeze every last penny out of their product, it really is incredible that the NFL continues to air Lions games on Thanksgiving. This matchup between a pair of teams with a combined record of 3-16-1 is particularly awful, with Andy Dalton facing Jared Goff. I might not see a minute of this game. Give me the winless team, I guess, because who cares.

Raiders at Cowboys (-7.5): The Cowboys have lost two of their last three games. They responded well to a loss against the Broncos by obliterating the Falcons, 43-3. After a bad loss in Kansas City last Sunday, they'll try to get right again against the Raiders. This is a sneaky important game for Dallas, who seemed to have the NFC East all but wrapped up a few weeks ago, but now have to at least notice that the Eagles are playing better of late. They will be getting Tyron Smith back in this game, and their offense is just different when he's protecting Dak Prescott's blind side.

Bills (-6.5) at Saints: Like the Cowboys above, the Bills have had a pair of really ugly performances in two of their last three games. They lost 9-6 to the Jaguars Week 9, and 41-15 to the Colts Week 11.

However, this Saints team just isn't very good, and they'll once again be without a number of their best players, as Alvin Kamara, Ryan Ramczyk, Marcus Davenport, and Tanoh Kpassagnon are all out, while the Bills are a full go.

Eagles (-3.5) at Giants: Joe Judge wants this game so badly that he waited until this week to fire offensive coordinator Jason Garrett. Doesn't matter. They could clone Bill Walsh, and even he still wouldn't have a way of hiding the Giants' atrocious offensive line.

Steelers at Bengals (-4.5): I haven't had a good handle on either of these erratic teams all season.

Buccaneers (-3) at Colts: The Colts ran all over the formerly third-ranked run defense in Buffalo last Sunday. This Sunday, they'll face the new No. 1 run defense in the NFL, the Bucs. Todd Bowles will pack the box and make Carson Wentz beat him, and Wentz won't be able to outduel Tom Brady.

Panthers (-2) at Dolphins: The Dolphins are on a three-game winning streak, and they look more like the team many thought they could be before the season began. Their blitz-heavy defense could be too big a challenge for Cam Newton, who has had to learn a new offense in a short amount of time.

Oh and I get points, too? Yes, please.

Titans at Patri*ts (-6): After starting 2-4, the Patri*ts are the hottest team in the NFL, as they have won five straight by a combined score of 175-50. They now have the best point differential in the league, at +123.

Jets at Texans (-2.5): Joe Flacco will likely miss Sunday's game because of his vaccination status, yet, Robert Saleh thinks it's was "a no-brainer" to trade for him. Lol.

I literally flipped a coin to pick this pointless game.

Chargers (-2.5) at Broncos: Having seen both of these teams up close, I'm not a believer in either of them, but the Chargers are clearly more talented.

Rams (-1) at Packers: If I were a Rams fan, I would have serious concerns about the interior of L.A.'s offensive line, as well as the significant downgrade from Robert Woods (torn ACL) to Odell Beckham.

At one time this season, the Rams looked like the best team in the NFC. Not anymore.

Meanwhile, Aaron Rodgers has a fractured toe, but he is expected to play. "Joe Rogan advised that I rub some horse paste on it," Rodgers said, probably.

Seahawks at Football Team (-1): I always think about the following postgame punch when I see these two teams matched up: