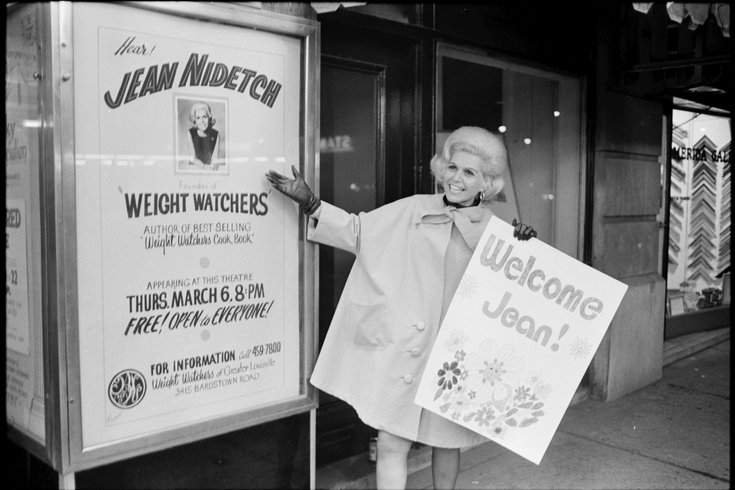 Jean Nidetch, founder of Weight Watchers International, Inc., is pictured at Times Square in New York in this undated handout photo by Weight Watchers obtained by Reuters on April 29, 2015.

Nidetch struggled with weight throughout her life and founded the popular program in the early 1960s in her apartment in Queens, New York. She had most recently been living near Boca Raton in south Florida.
"Nidetch’s philosophy, 'It’s choice – not chance – that determines your destiny,' became the Weight Watchers credo, inspiring millions to achieve weight loss," the company said in a statement announcing her death.
By 1963, Nidetch's meetings, which emphasized personal responsibility and physical activity along with a fish-heavy diet, outgrew her apartment.
"The first official Weight Watchers meeting was actually over a movie theater in Queens," former Chief Executive Officer David Kirchoff told CNN in a 2013 interview.
As Nidetch's program and meetings became ubiquitous, she became a celebrity. Singer Jennifer Hudson and former professional basketball player Charles Barkley were among the millions of members who shed pounds through the program. The pair went on to star in the company's television ads.
More than 36,000 Weight Watchers meetings now take place through franchisees across the world, according to spokeswoman Jenny Zimmerman. The company also sells customized meals and subscriptions to online weight management products.
Weight Watchers was purchased by H.J. Heinz Company in 1978. The company was later acquired by Luxembourg-based Artal Group S.A. and taken public in 2001.