What to expect at this year's Philly Auto Show

Executive director Kevin Mazzucola talks to PhillyVoice about this year's show, the rise of SUVs, and how they get all those cars on the floor. 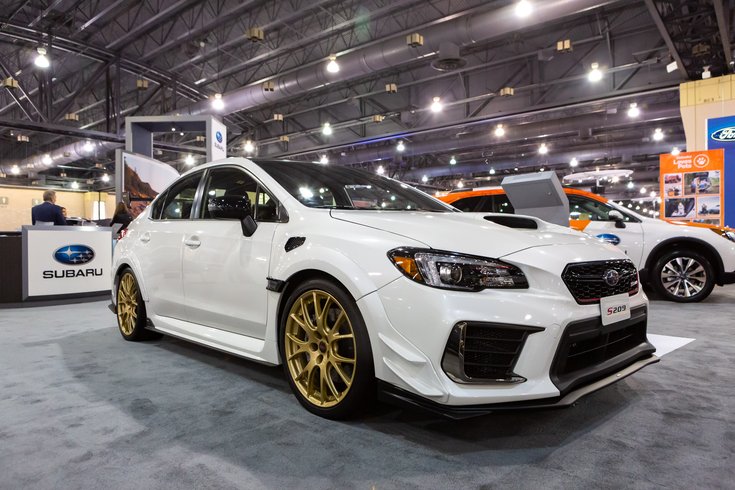 The Philadelphia Auto Show traces its origins back to the horse-and-buggy days of 1902. The 2019 edition of the show, which gets underway on Saturday and runs through February 10 at the Pennsylvania Convention Center, features considerably more advanced car technology, including debuting cars as well as pre-production models from major manufacturers.

This year's Auto Show, the 118th, features more than 700 cars from 37 different manufacturers, as well as some special attractions like an array of cars from Hollywood movies. Yes, they got both the DeLorean from "Back to the Future" and the Mystery Machine from "Scooby Doo."

At a special press preview event for the show on Friday, PhillyVoice sat down with Kevin Mazzucola, executive director of both the Auto Dealers Association of Greater Philadelphia - which owns and produces the Auto Show- and of the show itself. He talked about what to expect at this year's event, the overall health of the auto industry, and how exactly they get hundreds of cars out on the Convention Center floor.

Q: What would say is the overarching big idea of this year's Auto Show?

A: I think there's a migration, and the big trend that continues is the migration from purchasing passenger cars to SUVs. And you've seen that happen over the last four years, it's gone from 50/50 to 70 percent/30 percent SUVs and pickup sales. So what's going down is, all the manufacturers are bringing brand new entrants into their portfolios of SUVs. And so they're making sure they have a small, large, medium, luxury, premium. They're divvying up that marketplace and that's what you're seeing on the floor.

We have 12 new East Coast debuts of brand new products that have never been before on the East Coast, that we're seeing across the floor because they're coming and they're bringing these particular products to solidify that particular niche.

Q: Are there any big new innovations that are making their debut, or being solidified from past years?

A: What changes is, sometimes the vehicles themselves may not completely change, but the technology keeps getting added on. I don't know if it's technology with wheels, or wheels with technology.

A: It's all industry. There's no dealers on the floor. So, that's what makes the show relevant and so exciting to the consumers. It's because it's the manufacturers bringing their best, and then the people can… without a sales environment, because there's no selling on the floor, enjoy themselves and see whatever they want, in their niche, they can see out on the show floor.

Q: So if someone sees a car they want and they decide "I want to buy that car," what do they do? Do you pass out cards from dealers?

A: That's rare. It's more manufacturer-based. There's no transactions or anything like that. And we've seen this- about half of all the people who come [to the show] come and buy a car in the next 12 months. So they hone what they want, and consumers usually either do one of two things- either they confirm already where they were going with their purchase, or they see something new because it's right across the aisle. So they can try them on, try the metal on, which they can't do on a computer screen.

Q: Talk a little bit about the car industry, overall. Is it a good time for the car business?

A: I think it has been prolonged growth that we have seen, it's been unprecedented. Ever since 2009, when we had Cash For Clunkers, if you recall. To give you context, it was 10 million units that we sold then [in the U.S.], and we've been over the 17 million mark the last three years. But it pertains to Philadelphia too, they've been rising the same as in the whole country. So there was prolonged growth, and now there's been a stability, at about 17 million, which is a strong, strong figure.

So, as long as, economically, we stay where we are, with interest rates and the economy staying strong and unemployment remaining low, I think there's a robust appetite continuing for buying vehicles. Especially since they change so much. I'm not saying they're like cell phones, they don't change like that, but technologically, underneath, a lot can change in two model years.

Q: I'm curious about the logistics of getting the cars on the floor. Is there one big keyring?

Then, the carpet comes down, and then they have the freight come in, and the last to come in, of course, are the cars. And they have to get all cleaned up, and shined up. Then they put plastic on all the carpet, so they don't ruin it, and that's called Visqueen. And we wear out the vacuums, when we have 500 or 700,000 square feet of carpeting.

Q: Give people the quick sales pitch- why should they come to the Auto Show this week?

A: It's the place to be and there's nothing like it. There's something for everybody. When you buy a ticket into the Auto Show, you have what we just talked about- the business itself. But we're not mentioning the fun- whether that's Hollywood cars, or that's supercars that you can only imagine seen, or whether it's the DUBS display, with all the aftermarket, whether it's the classics that are over on the classic side. It's one ticket, four shows, or as we like to say, one ticket, 700 rides.

It's iconic. It's 118 years this show's been going on, and it's part of the fabric of Philadelphia.