While Christie seeks top job, N.J. looks for any job 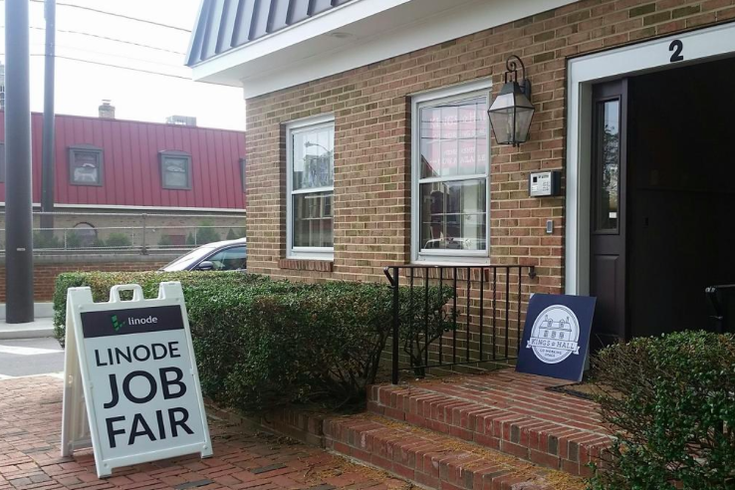 New Jersey Governor Chris Christie's second-in-command gave her pitch to a small crowd at a Philadelphia biotechnology convention in June with her signature move: giving out her cell phone number.

"Please consider picking up the phone," Lieutenant Governor Kim Guadagno said, a plea for attendees from companies large and small to give the state a chance.

Her phone rang immediately. "Ahh," she groaned, recognizing the caller's area code. "Now, no one from New Jersey! I want the guys that aren't already here in New Jersey."

The crowd laughed, but Guadagno's frequently used gambit is part of the state's bid to catch up to other parts of the country.

When the 2007-2008 recession hit, other states identified the Eastern Seaboard state as a soft target for poaching jobs, with companies ripe for the plucking because of high taxes and labor costs.

With Christie announcing his U.S. presidential election bid on Tuesday, New Jersey's economic woes could hinder his ability to get voters on board with his proposals nationally.

The state's unemployment rate of 6.5 percent exceeds the national average by a full percentage point, and more people are moving out of New Jersey than any other. Its credit rating has been downgraded nine times since Christie took office.

Officials, economists and consultants hired to advise on where to locate corporate real estate or a company say there is no simple explanation for New Jersey's sluggish economy, but add that other states have done more to attract business.

"The recession forced a lot of companies to look at the cost of doing business. Everybody looks at New Jersey and says, 'Wow, there are lots of companies there, we'd like to come pick them off,'" said Christopher Lloyd, a Richmond, Virginia-based site selection specialist for McGuireWoods Consulting.

In an interview, Guadagno defended the administration, noting the decline in the state's unemployment rate from 9.8 percent the month that she and Christie took office in January 2010 to the current 6.5 percent.

Still, on the night back in June that Guadagno pitched to investors in Philadelphia, she was scheduled to attend a dinner with a number of handpicked companies "so that we can start, one at a time if we have to, to debunk the myth that New Jersey's a hard-to-do-business-in state."

New Jersey has also been hit with losses in its key pharmaceutical industry as more companies elected to move into urban environments, rather than suburban locales that attracted young families to the state in the 1980s.

Swiss drugmaker Roche had its U.S. base in Nutley for more than 80 years before a 2009 merger with Genentech that moved the combined headquarters to San Francisco. It shuttered the Nutley campus in 2012, costing New Jersey about 1,000 jobs.

The New York site gives young people the lifestyle not available in suburbia. It also put Roche in close contact with other companies, hospitals and universities for quicker collaborations for drug development.

"They (New Jersey) were the leaders in this country, but they didn't recognize the fundamental change in the industry, the expiration of patents of big pharma and the nature of collaborations and innovations," Joel Marcus, Alexandria's founder, chief executive and chairman, told Reuters.

Between 2008 and 2013, New Jersey, long considered the "medicine chest of the world," saw pharmaceutical jobs decline by 17 percent, according to state data. Nationally, the industry also shrank, though not as much.

Last Friday, Bristol-Myers Squibb announced that it would open a new research site at Alexandria's center in Cambridge, Massachusetts, pulling with it employees from Connecticut and some from New Jersey.

State chief economist James Wooster said in an April report that New Jersey's economic recovery was "sluggish by any standard," as the manufacturing, financial services and information sectors have continued to lose jobs since the recession.

In 2014, Atlantic City hemorrhaged jobs as a result of several casino closures. In January, Mercedes-Benz said it would move its U.S. headquarters to Atlanta, taking 1,000 jobs. Overall job growth is expected to lag the nation through at least 2022, according to state data.

It hasn't all been bad news. Some companies, including Amazon.com and Destination Maternity Corp have been lured into New Jersey. Others decided to stay and expand, including Actavis Inc [AILC.UL], Sandoz Inc and Burlington Coat Factory.

Since February 2010, New Jersey's recessionary low point, 186,000 private jobs have been created. To respond to the changes in biotech and pharmaceuticals, the administration restructured some of its best colleges, including Christie's merger of most of the University of Medicine and Dentistry of New Jersey into Rutgers University, to make it easier to do clinical trials.

In 2013, the state streamlined its tax incentive program, which had been overly complex and outdated. The program requires companies to certify they have made capital investments and created or preserved jobs before receiving incentives. Since then, New Jersey has approved $2.2 billion in subsidies but so far only given out $603,500.

"Those will start ramping up over the course of the next couple years, and I think that we're going to have great growth," said Michele Brown, CEO of Choose New Jersey, a private nonprofit touting the state's attributes, one of several officials with Guadagno at the Philadelphia biotech convention.

Guadagno is counting on these incentives to boost employment. Christie will have to hope voters hear a similar message.

"If I can get a seat at your table, if I can sit down and tell you what the tax credits are, what the incentives are, how this partnership you're looking at right here works very hard to make sure you get an answer, you may not always get the answer that you want, but you get an answer in a timely fashion, then companies are at least going to look at us," she said.