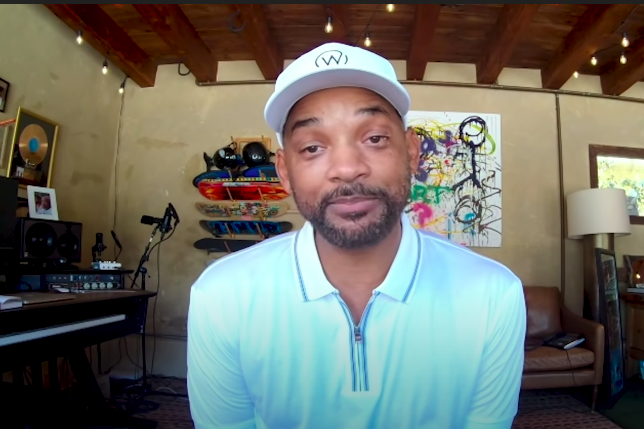 Will Smith appeared on Angela Rye's podcast "On One with Angela Rye" and posted the video to his YouTube channel on Monday. During the interview, Smith discussed coming-of-age during Frank Rizzo's tenure as mayor and police commissioner.

Will Smith spoke candidly about his experiences with racism and growing up in West Philadelphia in a video conversation with political commentator Angela Rye.

The 51-year-old actor appeared on the podcast "On One with Angela Rye" and posted the video to his YouTube channel on Monday. During the interview, Smith discussed his childhood years during Frank Rizzo's tenures as police commissioner and mayor. "He had an iron hand," Smith said.

Rizzo, Philadelphia's mayor from 1972 to 1980, has been criticized for his treatment of Black and gay communities.

Smith talked about being "frequently" stopped by police and being the target of racial slurs.

"I've been called n***** by cops in Philly on more than 10 occasions," he said. "I understand what it's like to be in those circumstances with the police (and) to feel like you've been occupied. It's an occupying force."

Through experiences with classmates at school, Smith also became quite aware of the disparities between white and Black people and learned to understand inequality "in a really interesting way."

"White kids were happy when the cops showed up and my heart always started pounding," he said.

The actor also spoke about the Black Lives Matter movement and his feelings about the protests taking place across the world following the death of George Floyd.

"The peaceful protests put up a mirror to the demonic imagery of your oppressor," he said. "And the more still you are in your peaceful protest, the more clear the mirror is to the oppressor for the world to see and for them to see themselves."

"I was really encouraged by how powerfully this generation was able to hold that mirror," he added.

Watch Smith's appearance on "On One with Angela Rye" below.