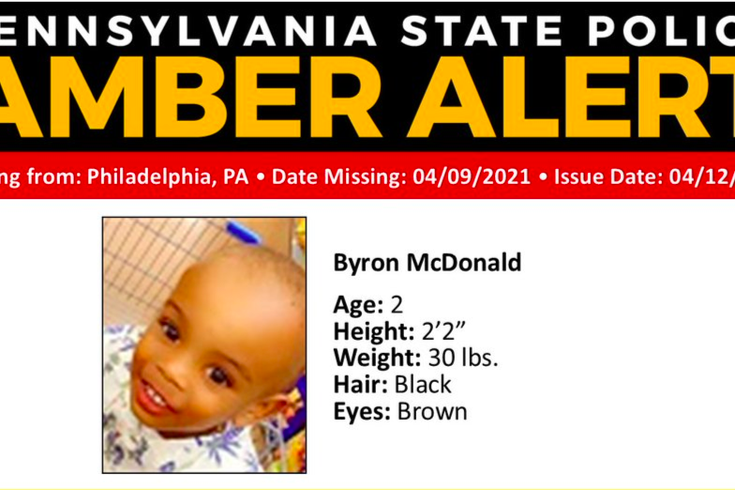 The child's father, 28-year-old Byron McDonald II, was arrested at the Aloft Hotel near Philadelphia International Airport after police received a report of the vehicle described in the Amber Alert, according to police. McDonald reportedly is suspected of having killed the boy's mother and grandmother during the last several days, 6ABC reported.

Pennsylvania State Police issued an Amber Alert on Monday afternoon for a missing 2-year-old boy, who was last seen in Philadelphia on Friday.

The child is described as 2 feet tall and 30 pounds. It's unknown what he was wearing at the time he disappeared, police said.

The younger McDonald was last seen at about 1:30 p.m. on Friday, April 9 in the area of 2500 North Bancroft St. in North Philly.

The boy's father is 6 feet one inch tall and about 180 pounds. He is believed to be driving a 2017 red Chevy Malibu with tinted windows and license plate number LMD3353.

Anyone with information on the whereabouts of this child should call 911.