Are small brands overtaking big ones?

Example: Cereal brands like Cornflakes are hurting in a big way because of the popularity of yogurts like Chobani 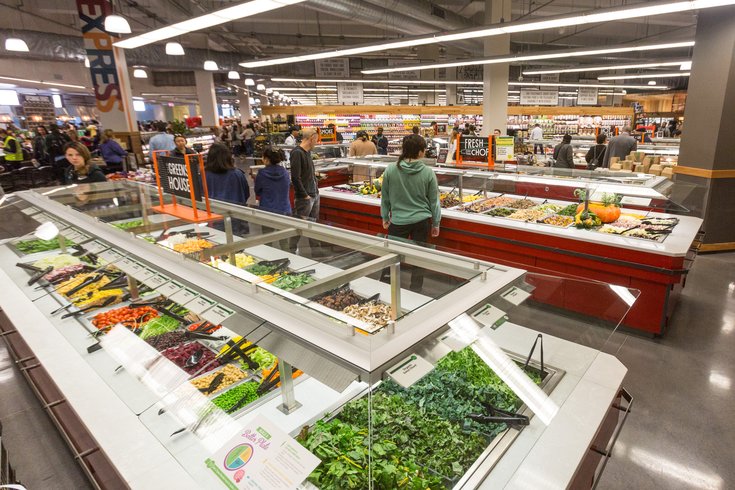 The feeling in the air at the grocery store is palpable: Buh-bye Campbell's, hello Amy's.

Times are changing for big and small brands, with the winds seemingly blowing in the latter's favor.

Determined to get to the root of it, we reached out to Thomas Fung, assistant professor of instruction at Temple University's Fox School of Business, with expertise in marketing and supply chain management.

For those who wonder: Is it actually true that people are moving away from big brands at the grocery store?

I think that, to summarize this in a couple bullet points, is 1) There’s obviously a huge demographic shift with the millennials. The tomato soup and grilled cheese sandwich when you get home after school, that’s kind of gone. That’s one.

Two is that, from a trade perspective, they’re competing with restaurants. Thirty years ago, you go to a restaurant; today, you could go to a Whole Foods and get a chicken cordon bleu that’s just as well. So that’s a change. The blue-box Kraft macaroni and cheese has gone by the wayside.

And I think, thirdly, [that shift has] sort of accelerated over the past 10 years since the Great Recession of 2008 and 2009. The fastest-growing retailer today is the Dollar General, the dollar stores of the world, you know? You see, there’s a dramatic shift in that we have a majority of the population supporting the T.J. Maxx, the Marshalls--they’re beating out the Macy’s of the world. Discount stores slowly taking over mainstream stores.

With this change of demographics, Whole Foods is doing just fine, as the middle class gets squeezed. The middle of the stores gets pushed out almost to Timbuktu. What I mean by that is, at the end of the store, nobody goes back there, the peripheral of the store—you know, you walk into a Whole Foods or Wegmans, one of these progressive grocers, and it looks like a farmer’s market. Big Food, in general, is facing a tremendous amount of [challenge] in this climate.

It sounds like what you’re saying, to some degree, is it’s the two extremes doing well. Either the Dollar Store is doing well or Whole Foods is doing well. But not the Campbell’s of the market.

It’s the middle-squeezing. So, if you think about it, today, it seems we’re living in an hourglass economy. The middle is getting squeezed.

• Stores like Whole Foods or the Dollar General are thriving in today's market; most stores in between, meanwhile, are comparably worse-off.

• Part of the change in marketing is the literal design of the grocery stores: big brands are tucked in less coveted parts of the store layout.

• Cereal brands are hurting in a big way thanks to the popularity of yogurts like Chobani.

• Big brands are moving back to a trend of mergers and acquisitions to keep up. Think: Goose Island being purchased by Anheuser-Busch.

You did point to a few retail brands in particular, but any other examples you’d point to in that Campbell’s category?

For example, Kellogg’s, or General Mills. Which, of course, owns Cornflakes and Cheerios [respectively]. If you think about that whole category, it’s called ‘RTE’ breakfast cereal, ‘Ready to Eat,’ and fundamentally the classification has changed dramatically. For one, yogurt is now competing with other cereals because people are looking for probiotics, right? Going back to the ‘80s, it was ‘You need more bran in your diet to give you fiber.’ Today? Not so much. It’s ‘You want the probiotics in the GI tract.’ So, you have a lot of these substantial things like Chobani, a brand that came from nowhere and is now selling more than $1 billion worth of yogurt.

And so, you have a lot of these what I call ‘niche brands.’ And a lot of what they call micro-influencers. Bloggers. And that’s changing the face of Big Food marketing.

Is that specific to the time we’re in or has that always happened?

I think it’s the changing of the times to the extent that, if you look at Campbell's Soup, it used to be a big, big sponsor of the National Football League, and now they’re not doing that [so much] anymore. You have a lot of other brands that—you know, you spend to the tune of $300, $400 or $500 million dollars in marketing or advertising budgets, and today you could go out and spend maybe $80,000 to have people do the blogging for you in Santa Monica, Calif., or in Lincoln, Neb., saying ‘This brand of diapers is best for your baby.’

There’s a whole paradigm shift, too. It’s not just one or two single things that cause this to be this way today.

What’s the root of it?

If you look at the whole beverage category, it’s about a $200 billion category. That includes beer, which is about 50 percent of that category. That’s $100 billion of beer that we are consuming. The other 50 percent includes wine, juices, milk, iced tea, bottled water, so on and so forth. If you look at the biggest chunk, beer, some 20 to 25 percent of that category is now what they call the ‘craft beer.’ The craft beer…is the fastest-growing.

Honestly, the Budweisers and Miller Lites aren’t going out of business any time soon; it’s just one of those things that the rate of growth is now minuscule compared to these niche brands. And so, those big guns are going out and buying niche brands, Blue Moon and brands like that--that have gotten popular. And then you could argue those niche brands have become big brands.

Big picture: Are these changes good for the consumer, or no?

I think that it’s good for the consumers because 1) It gives consumers choices. The fact that if you go back in the last 40 years, since the late-‘70s, there’s been a tremendous amount of consolidation in big brands. A lot of people argue that, for mature categories, the only way to grow is by acquisitions and mergers. So, the M&A was a big thing in the ‘80s and ‘90s, then it slowed down a little bit. But if you think about that today…basically, big players are buying up all these brands. And they fundamentally are trying to earn more money for shareholders and, in a way, they forget about the quality equation. The niche brand – they don’t have a loyal following, so they emphasize quality. Right now, that’s sort of a battle between big brands with older demographics accustomed to them, and millennials coming in with no allegiance to the things their parents used to buy…

Any category has the same lifecycle to it. And in order for any brand to extend that lifecycle, it inevitably has to reinvent itself or continue to innovate. There are a few things you could surely do to extend the life of the brand, but sometimes, I can’t explain it, but the consumers are very finicky. And if you are successful in rebranding and reinventing, continuing to innovate, you can extend the life of the brand. But you can’t—you can’t do the same thing over and over again, or you’re not going to be around too long. That’s the way it is. It’s the whole notion of creative destruction.