Straight Shooters: Becky Lynch out, Charlotte Flair in (but for how long?); Elimination Chamber preview and more 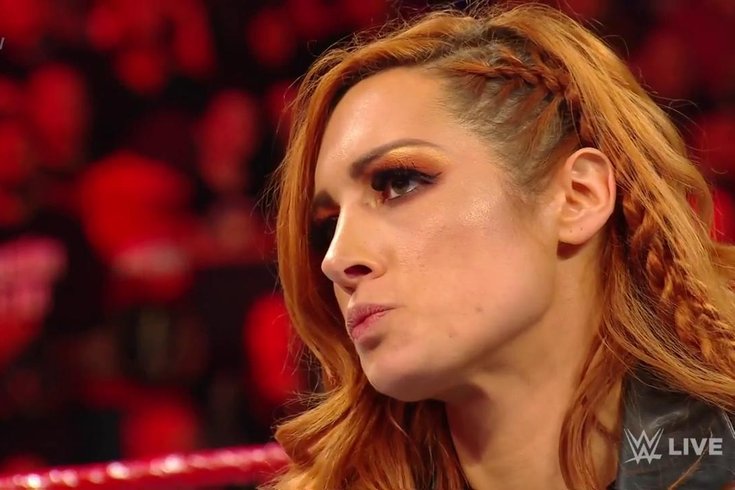 This past week on RAW, "The Man" Becky Lynch was suspended for 60 days by Vince McMahon. In addition to that, the WWE owner inserted Charlotte Flair into the main event of WrestleMania at MetLife Stadium to go head-to-head with RAW Women's Champion, "Rowdy" Ronda Rousey.

This got a lot of wrestling fans heated. But why? Why's creating an interesting storyline between the Royal Rumble and WrestleMania a bad thing? Nick Piccone (@nickpiccone) Vaughn Johnson (@VaughnMJohnson) discuss the angle, why people are getting legitimately upset about it, and how everyone will react when Lynch returns to television to re-insert herself and make it a Triple Threat Match.

Maybe wrestling fans just think they know so much about the business that every opinion they have is correct, but this storyline is proof that some of them just maybe know a little too much for their own good.

Before that, the we quickly run down the Elimination Chamber pay-per-view this weekend and give their predictions on the event.

Jay White is the new IWGP Heavyweight Champion, defeating Hiroshi Tanahashi at NJPW's New Beginning in Osaka just a few short days ago. What does this mean in the short-term for the company? The guys discuss their thoughts.

All Elite Wrestling's "Double or Nothing" event is happening in May, and tickets went on sale just a few short days ago. And it sold out in four minutes. Yeah, there's some hype surrounding not only this particular show, but the company in general. The guys also give their thoughts on that.