No Man's Sky: Taking Philadelphia to the great beyond in videogame

In the new video game, No Man's Sky, we discover planets and paint the universe Philly 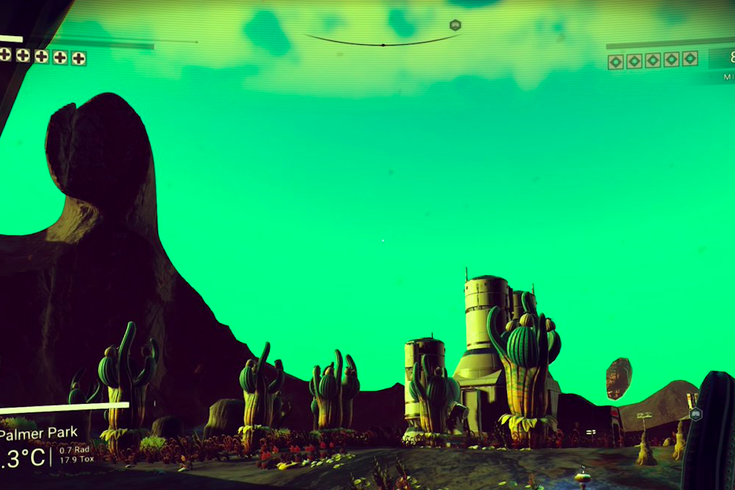 A view from scenic Palmer Park, a desolate moon of the planet, Frankford Avenue, in the video game, No Man's Sky.

It's hard to describe just what you do in the new video game, No Man's Sky, but it will definitely have you looking up.

The long-awaited game, just out for Playstation 4 and PC, was developed by a small team at Hello Games and charges players with finding the center of the universe.

The game was released nearly a week ago, but many review sites haven't posted final reviews, as they work to complete the game. No Man's Sky is too massive to complete quickly.

Instead of trying to finish it, we decided to bring a little bit of Philadelphia to the stars.

The game is all about survival and space travel. It's the kind of thing that can get mundane when you find yourself searching for just the right mineral to fuel your spaceship after a half hour.

But there is something the game gets perfectly right: space exploration. 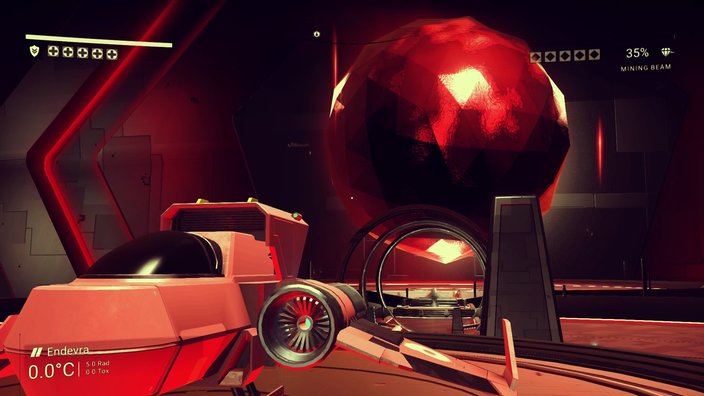 This screen shot from No Man's Sky shows the first meeting with an ancient alien lifeform. Through moments like this, No Man's Sky delivers something no other video game ever has.

WHAT CAN YOU DO?

When you do get enough fuel — for your lift thrusters, booster, jump drive and hyper drive – your ship lifts gently from the surface of a planet that you alone have discovered and turns to the sky, ready to see what awaits in the heavens above.

Then, without stall or break in the action to load a new level, your ship soars through the atmosphere of the planet and weaves through an asteroid belt as you escape the planet's gravitational pull.

And then you're free.

Suddenly, you're orbiting the place where you were just picking flowers for a health boost, and you see a larger undiscovered planet in the distance.

But space pirates were hiding in those asteroids, and now they are following you. You dive toward that undiscovered planet, burning all the fuel you have for just a little more speed in the hopes of evading the raiders and making it there unscathed. The planet looms large ahead, overwhelming your screen as you get closer, the pirates' laser beams just barely missing the hull of your ship.

Just when you think they've got you, your ship hits the planet's atmosphere and flames build across your cockpit as your ship endures the heat of re-entry. What was once a green smear on the marble of this new planet turns to lush jungles teeming with life. You escape, landing near some kind of ancient monument.

And, now you have to dig for fuel to go back and do it all again.

Moreover, there's exhilarating moments meeting your first alien race and visiting a mysterious space station to learn about Atlas, an ancient calling to you from beyond time and space.

That's No Man's Sky when everything works. It provides a thrilling sense of space exploration unmatched in any other medium. There are obvious nods to "Star Wars," "Star Trek," "2001: A Space Odyssey" and more.

What makes the game truly unique, however, is how No Man's Sky creates its worlds. Everything is "procedurally generated."

Meaning, the game makes it on the fly.

Using mathematical algorithms, the game claims to be able to create more than 18 quintillion planets, each with its own ecosystem, including unique plants, animals and mineral deposits.

And you can name all of your discoveries. 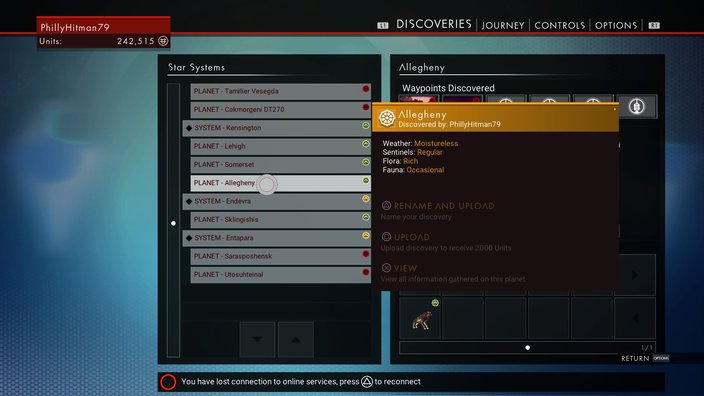 Be on the look out for entire star systems named after Philly neighborhoods and Streets if you're playing the new game, No Man's Sky.

Here is where it gets really interesting. As you play, you can encounter star systems and planets created by other players. Here's a few we discovered and named after Philadelphia neighborhoods and streets. 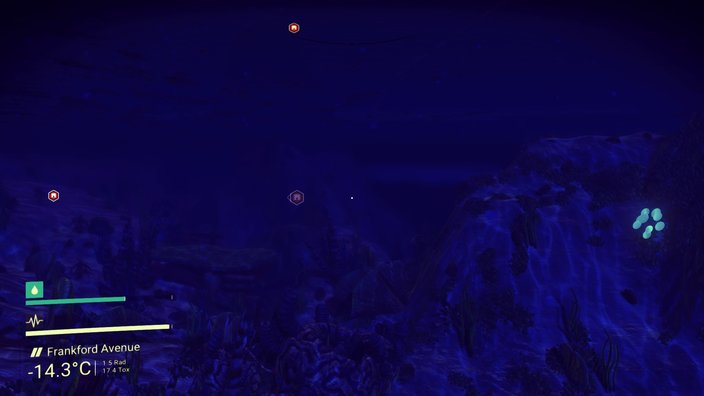 Under the oceans of Frankford Avenue, a newly discovered planet in the video game, No Man's Sky.

Manayunk —The planet Manayunk in the Entapara star system (another player named the system before I could) is a relatively barren world devoid of all life. Yet, this reporter found it to be rich in minerals and full of monuments to an ancient alien race.

King of Prussia — In the same star system, King of Prussia by contrast offers a whole host of foliage and fauna. The planet is filled with new, undiscovered life.

Fishtown — The Fishtown star system, discovered by yours truly, is filled with planets named after streets in the popular neighborhood.

Frankford Avenue — One of the planets in the Fishtown system — along with the desert planet Memphis Street and planet Thompson Street, which was full of storms and inhospitable temperatures — Frankford Avenue is a largely water planet, with little terrain. Most of the landmarks and ruined outposts are submerged underwater and the planet is stocked with a variety of fish and wildlife.

Palmer Park — The moon of Frankford Avenue, the skies of Palmer Park are green with radiation. The hostile moon is still  home to some interesting plants and wildlife, but staying too long will poison an intrepid explorer. 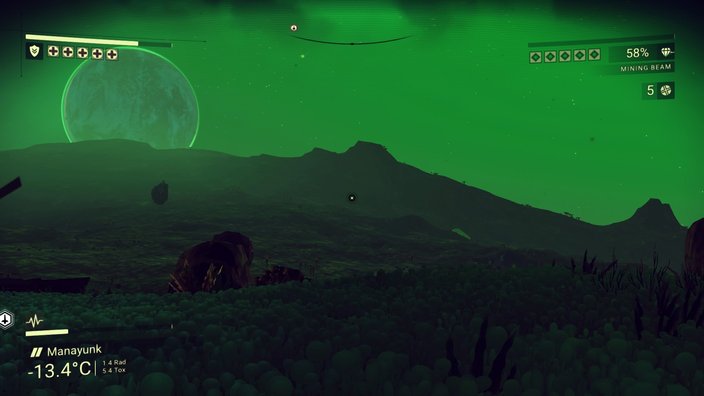 Welcome to "Manayunk." In this screenshot from No Man's Sky, the player is exploring a planet named for the Philadelphia neighborhood, Manayunk.

And, that's just a few planets we found. If you're out there, look for the Kensington star system and the planets of  Lehigh, Somerset and Allegheny, or visit the Brewerytown system, with its Girard, Green Street and Fairmount Avenue planets.

It's a massive game and, really the chances that you'll land upon any of these Philly-themed star systems is minute. But, if you're out there, keep an eye out.

And, if you see me (on Playstation 4 as Phillyhitman79) on some distant moon, say hi.

I could be stranded without fuel.