Did someone say cheese boat? 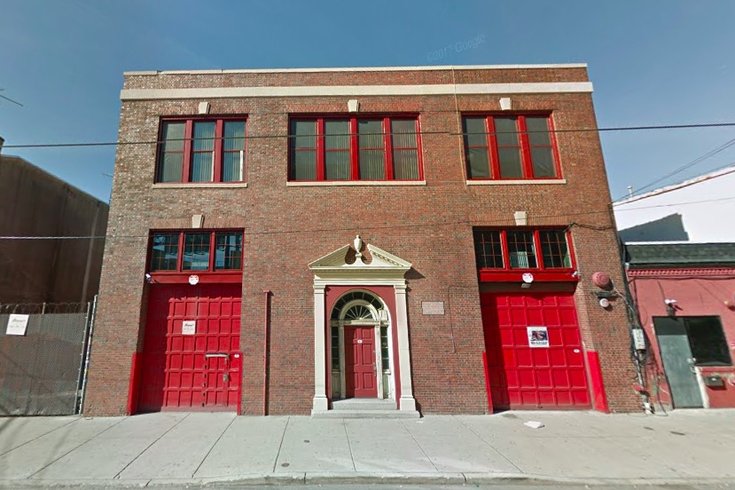 The current space at 1108 Frankford Ave.

Joining the dozens of new developments in Fishtown comes a dining concept that has somehow managed to find a niche completely unique to the neighborhood: a dinner theater serving traditional Eastern European fare.

Like many other Fishtown developments, this one will be housed in an old factory -- in this case, the Ice Cream Factory at 1108 Frankford Ave., next to Barcade. Plans for space -- which stretches the entire block from Frankford to Dunton Street -- were revealed on Instagram, by an account currently going as @icecreamfactoryfishtown.

The new concept is planning to open this New Year’s Eve, ringing in 2019 with Georgian food (the country, not the state) and live performances.

What exactly does authentic Georgian fare mean? Though no specific menu items have been revealed, one of the region’s best-known dishes is a favorite for lovers of bread and cheese: the khachapuri, which is literally melty cheese sitting in a bowl of bread with a stick of butter and an egg on top. You may have seen videos of the food floating around on your Facebook feed, as the dish has been getting some attention among trendy U.S. foodies.

Let's just reiterate: it's a bread bowl filled with hot cheese. With butter. And an egg. Perhaps the people of Eater can help truly drive this point home in the video below:

This list from Serious Eats highlights some other common Georgian dishes we might be able to expect at the new restaurant.

The space, owned by Lasha Kikvidze (who owns Russian restaurant and venue Golden Gates in the Northeast), has no official name yet, though Eater Philly reports that The Crane, Soka, Fabrika, and Oda are all contenders. Kikvidze is partnering with Ylia Dzlieri, Alex Gritsyuk, and Boris Khanataev for the project.

The main entrance of the space will lead to the dining room, including two bars on each side of the building, a lounge area, and a stage in the middle of the room. There will also be a mezzanine area for VIP seating.

“You start with dinner, stay for the show, and then party until morning,” Kikvidze told Philadelphia Magazine.

For entertainment, the owners anticipate booking a variety of acts, from burlesque to Shakespeare to spoken word.

This Wednesday, June 6, the owners will host a meet-and-greet art show open to interested neighbors who want to sample some Georgian food (hopefully that means a cheese boat) and see more renderings of the space. The open house will go from 7 to 9 p.m.