Eagles sign five guys (but not for this season) 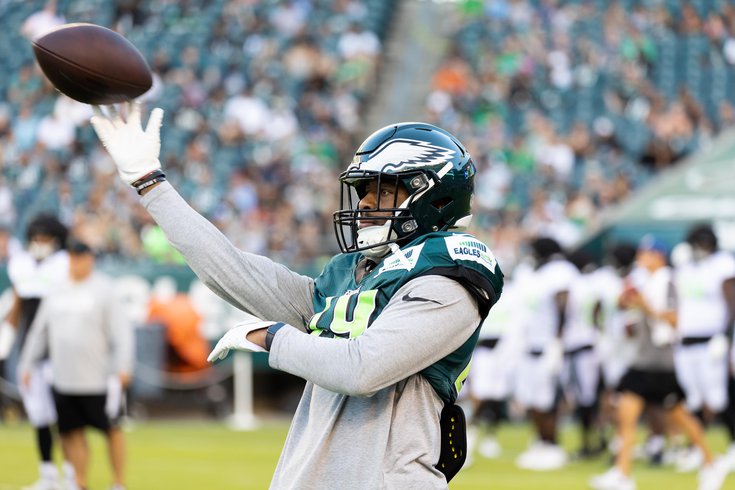 Kennedy Brooks #49 of the Philadelphia Eagles throws the football during an open practice at Lincoln Financial Field in Philadelphia, Pa. on Aug. 7, 2022.

Over the last week or so, the Philadelphia Eagles have signed five players to futures contracts. Let's blurb them each individually:

• RB Kennedy Brooks: Brooks was a 2022 undrafted free agent signing out of Oklahoma, who rushed 22 times for 75 yards (3.4 YPC) for the Eagles in the preseason. Brooks doesn't have great speed or any obviously elite traits, but he is big back who averaged 7.0 yards per carry in college.

• OT Julian Good-Jones: "JGJ," no relation to "CJGJ," and a better player than his evil twin Julian Bad-Jones, was an Eagles undrafted free agent signing back in 2020. He played for the Calgary Stampeders in the Canadian Football League in 2021 and 2022.

• OT Jarrid Williams: Williams was an undrafted rookie free agent in 2022 who played seven seasons in college with Houston and Miami, and spent time both with the Eagles and Lions this season.

• S Tristin McCollum: McCollum is a 6'3 corner who was an undrafted rookie free agent of the Texans' in 2022.