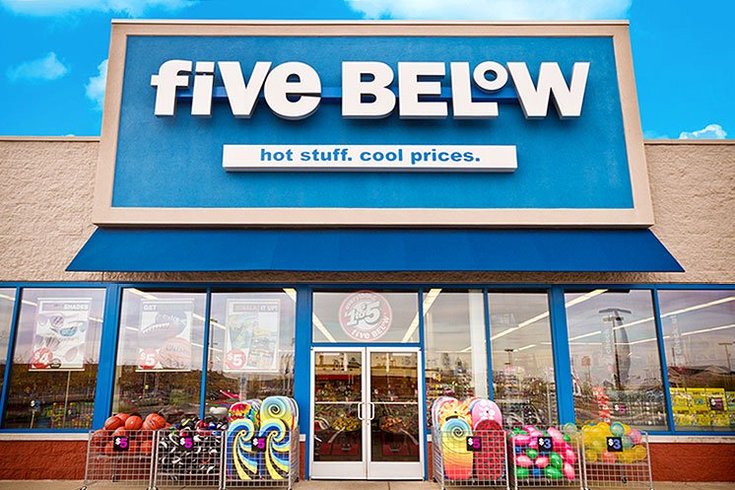 Five Below has increased the prices of some item's to more than $5 for the first time in the store's history. Certain tech and gift items will now cost between $6-$10.

For the first time since opening its doors in 2002, Five Below will sell items that cost more than $5, as the Philadelphia-based company announced it has increased the prices on certain items to as much as $10 at all stores.

Five Below's newly more expensive merchandise mostly includes tech items, which the retailer has rebranded as "Ten Below Tech." Additionally, so shoppers are aware, items selling for more than $5 will be shelved in a section of stores now called “Ten Below Gift Shop." Also, on Five Below's website, there is a new additional section for "Above $5."

"We have always done everything possible to absorb cost increases," Five Below said in a statement. "Recently, we had to raise prices above $5 on tech items to keep providing the products you love."

The company first announced plans to raise prices for certain $5 items in June, citing tariff increases on goods from China, according to Investors Business Daily. Five Below had tested the price increases at select locations before implementing the new prices at all stores.

The good news for all the bargain hunters is that many of these price increases are not so significant.

Tech accessories – like headphones, USB chords, and bluetooth speakers – now cost $5.55. You can also purchase harder to find deals, such as a multi-color LED gaming keyboard for $7 or an Incase bluetooth keyboard for iPad for $10.

Despite these price changes, Five Below does not plan to change their name. The majority of the products sold at the store will still be priced at $5 and under, officials noted.