Fox29 intern Patience Carter is reportedly a survivor and victim of the mass shooting massacre Saturday at Pulse nightclub in Orlando, Florida, the news station reported via its Facebook.

According to the post, Carter is recovering after being shot in the leg and is in stable condition. Fox29 said it looks forward to her return to work and wishes her well in her recovery. Her friend was also shot and is also listed as stable. 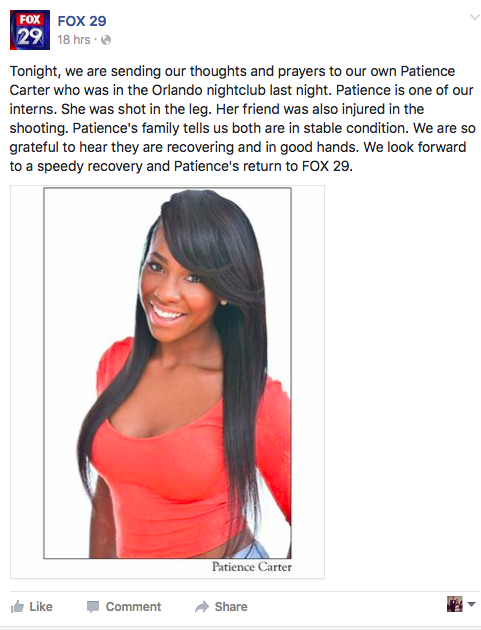