F.Y.E. on Broad Street to close

Sad news for people who still listen to CDs 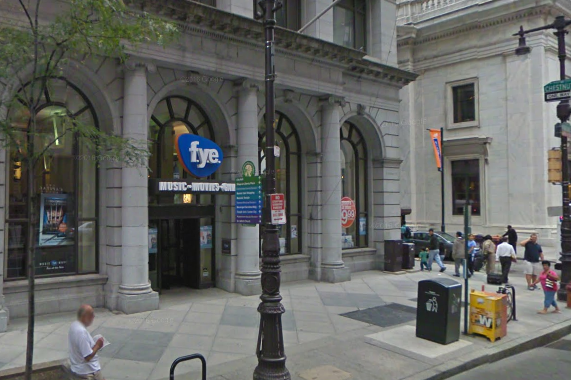 The F.Y.E. store at Broad and Chestnut streets.

A staple of Center City retailers is set to close at the end of the summer.

As The Philadelphia Inquirer reported, the F.Y.E. store at Broad and Chestnut streets is closing its doors after Aug. 31, ending a 10-year run for the giant entertainment store full of CDs, DVDs and miscellaneous pop-culture knick-knacks in Center City.

The chain retailer has operated in the 25,000-square-foot space since 2006, when it took over for Tower Records, the Philadelphia Business Journal reported. It's sad news for those of us who still enjoy buying music on compact discs and watching DVDs (the same group of people, I imagine, who were infuriated when Apple phased out CD drives on its computers).

But as the Inquirer noted, it's particularly grim news for fans of classical music. Per the Inky:

It seems impossible, but with the closing of F.Y.E., Center City may be without a brick-and-mortar store selling new classical releases for the first time since the dawn of the recording era.

With every cloud, though, there's a silver lining, and F.Y.E.'s closing means some sweet everything-must-go sales:

Pro tip: FYE on Broad & Chestnut going out of business (no surprise) and all their exorbitantly priced vinyl is now half off.